As most students and staff members should be aware, BK City was a rapid conversion project undertaken when the last faculty of architecture burned down. This has lead to a fantastic variety of spaces within the faculty walls and trust us - because we have now seen them all - no two toilets in the faculty are the same. The goals of the investigation, from getting some insight into the individual qualities of these often forgotten areas, was to help people find the facilities that suit their own preferences and spark a discussion about how some areas can be adapted in future faculty renovations.

I will admit, this was perhaps a phrase I snapped too passionately across the table when our previously held belief that the ones closest to the urbanism sign were the nicest that we knew of was opening ourselves as visitors to scrutiny. “Honestly I’m more amazed with airport or even train station toilets than the toilets in this faculty of -Architecture-” replied Jan. These were strong words, which of course needed to be backed up with experience, so, naturally, he was exiled until he had checked. When he returned he announced that he stood by his opinions: “For BK City standard? They’re the best, sure - but elsewhere? They’re still awful.” Shots had been fired.

I think this is when we all started to shift our thinking towards the smaller details, “There’s also coloured lights in those toilets” Elena added to the pot. A great bemusement ensued. “No, really, let me show you” and, true to her word, Elena returned with a fresh photograph of each and every cubicle, proudly showing the different light shades do indeed have a different hue. Befuddled, I asked Elena how have I never noticed this - “I dunno, I guess I pay attention to these sorts of things".

For better location-based analysis (we needed to check how many toilets there actually are at the faculty) we printed off the map from the university website and gathered around it like a scene from an 80's adventure movie, or Netflix's Stranger Things.

Pointing to a corner of the faculty Aimee hadn't visited, she asked: “do you think the staff members or researchers have special toilets or are they the same?”

This added a new layer to our methodology. Are some intentionally fancier than others? What is the location and intentional use of these spaces like? BAM. That's when it hit me: from the (admittedly few) times I had been to Bouwpub, I remembered there were rumours of one in there. Elena replied immediately: “Yeah, but I don’t think anyone uses it” To which Aimee said from across the table: “I literally didn’t know there was one, let alone a rumour”. Weighing in on the matter, Jan noted “the male one is just a urinal” and "the door is usually open". In response, Elena explained - “The female one is a room in a room, it’s a storage space where inside -that- there is a bathroom. It’s not ideal.”

It was only after this exchange that I knew that Elena would be the perfect partner in-crime for the task of exploring the vast landscape of BK City’s rest spots: “I have a deeply rooted problem when I’m in the toilet and hear a tap running when no-one is there.” she confessed, “Seriously, after 5 seconds it brings this rush of a deep fear - it’s such a waste! There’s some girls that, I dunno, too much studying or not enough sleep but they get confused, and they leave it!* [writers note, this is when she stood up and started waving to the imaginary void] 'hey, hey excuse me!! hello!’ Yes I really do tell them. But I only do that with the tap, nothing else, just the taps!!”. The pact was sealed, now we just needed to find out what criteria we would be using.

To open up the discussion further, and to get some help on what the general body of the faculty looks for, I took to our trusty social media platforms (follow us on Instagram @bnieuws if you haven't already) to generate a rubric.

Of course, when you ask a collection of anyone studying the umbrella term of Bouwkunde we received a broad range of criteria starting from the physical - ‘location’, ‘light’ and ‘size’ - all the way towards categories of joy like ‘symmetry’, ‘alignment of tiles’ and the toilets’ ‘charm’. Overwhelmingly I received messages that leapt from the page asking for us to address questions like: "Why are the toilets gendered? Why is there such a size disparity between genders? Where are the toilets that are accessible for people with mobility problems?"

We knew we couldn't do everything in both the short time-frame and publication, but hoped that - if nothing else - the sheer act of analysing the spaces with our entirely subjective commentary would begin a larger discussion. Problems like the mislabelling of accessible toilets were rectified on our printed map on the back of the printed booklet, and we called out places where the situations were less than ideal for any visitor.

We took our map and ventured across BK City one cloudy morning to make our scores. Whilst factors like 'facilities' and 'sound protection' would remain constant no matter who or when the spaces are being visited, things like 'aesthetic qualities' and light would be completely subjective depending on who and when a visit was taking place, and so we knowingly leaned in with these scores. I'm not sure who came up with the idea first, but as soon as we started naming the toilets and giving personalities, we knew this would be an entertaining read for the community of BK.

When it came to actually printing this highly-hyped special issue, expectations were thankfully met with students and staff giggling and pointing it to their friends across the faculty. A seemingly funny theme was treated with the utmost seriousness, for anyone to pick up and read - a light-hearted break from work whilst also leaving something useful. Our mission had been accomplished.

In conclusion, #toiletwatch2k19 was a fun deep dive into a space that is often overlooked but always appreciated by everyone. As far as telling if this study should be done again in the future, why not? If someone wants to assess our findings with their own observations – please be our guest! After the positive response from the toilet issue, we would have probably delved into other seemingly-unapparent-but--very-essential parts of BK City life with coffee! Think about it, what's going on with those machines anyway? The various options, the different qualities they offer, or even asking if staff coffee espressos taste better than standard? Sadly, these questions will have to be left unanswered for another day.

This isn't the only thing we are leaving in our legacy as team 52: the push towards social media; the implementation of new 'obsessions and inspirations' articles to give editors more scope in projecting a personal voice; giving the issues overarching themes and even the way we included contributors as 'pen-pals' – we hope all these changes will continue long into the reign of subsequent teams and beyond. Elena and I can't wait to see what content will be created by future Bnieuws editors and we are so humbled to be a part of a rich history stretching as far back as 1967.

Until we meet again: goodbye, antio and tot ziens! 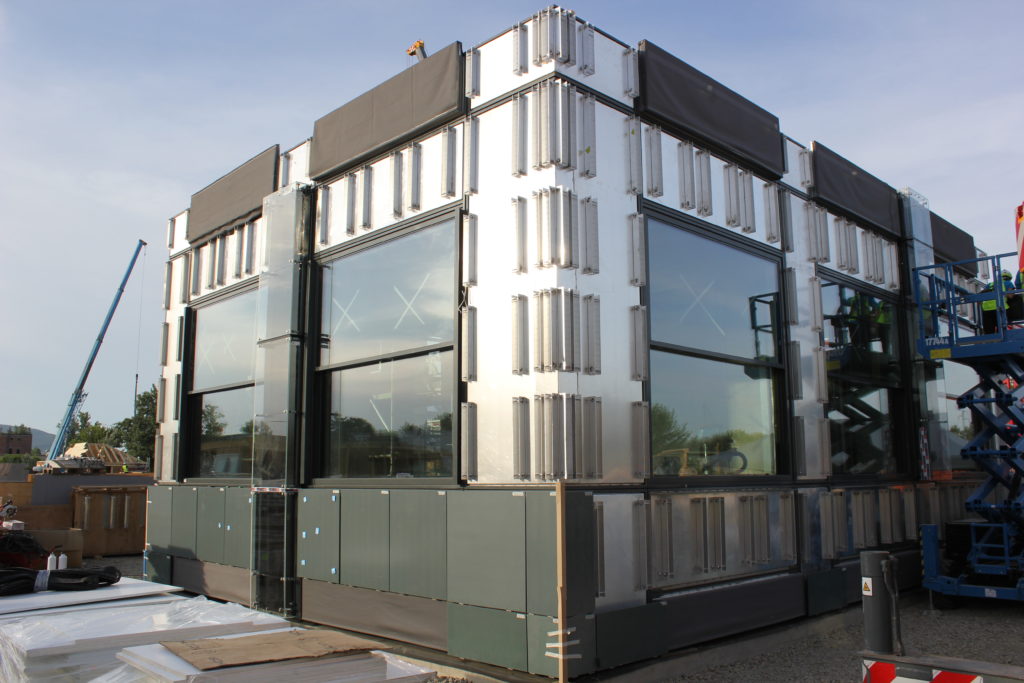