House of Machines - AI in Design

Recent developments in artificial intelligence have posed a challenge to the world of architecture and design. Contrary to previous computer methods, which could only have a deductible output based on a formal input, artificial intelligence replicates the creative process. This has posed a threat to architects: what role will AI have for the architectural profession? It is necessary to find the right approach to handle AI for architects, urban planners and landscape architects, as the development of techniques for architectural, urban and landscape analysis have been rapidly developing, with a possible future out-performance of architects by these techniques. 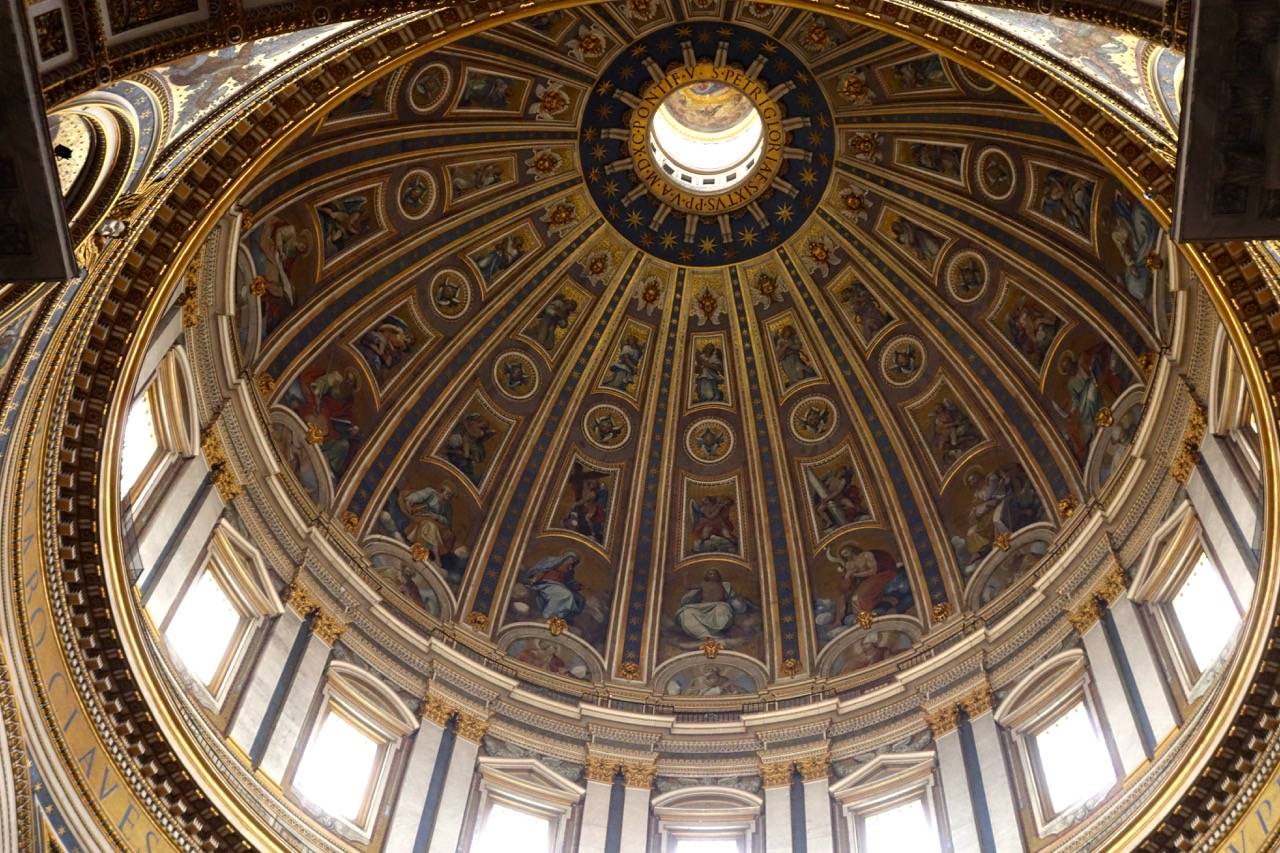 Say a system is desired that creates images of domes. It does not know what a dome is, so a discriminator is set up which tries to determine if the picture given to it is a dome or not using a value from 0 to 1, with 0 meaning: ‘This is not a dome’ and 1 meaning: ‘This is definitely a dome’. To do this properly, a large dataset containing images of domes is used, labelled with their according values. To create images, a generator is set up, which generates an image from a large number of parameters. The created image is sent to the discriminator, which renders the initial image of pure noise to be nothing like a dome: the discriminator gives a 0 to the image, with scores being assigned to the parameters of the generator as well. So the generator adjusts its parameters to create a more dome-like image, repeating this process over and over, until the parameters are tweaked just so that the discriminator is convinced the generator produces images of domes. This method is called a generative adversarial network (GAN) and is one of the most common methods for content generation using AI today. A variation on the GAN-method is to use the ‘style’ of pre-existing images as an input for the generator. To use the dome example: say, a baroque dome will be ‘played’ in a gothic style. The discriminator will decipher the ‘gothicness’ of gothic images provided and tweak the generated images of baroque domes so that it looks both like a baroque and a gothic dome.

Design methodology is the study of the methods of design, with an emphasis on architecture. The term ‘design methods’ is quite a broad term: it can describe everything from the process of design in the mind, to the ways of planning, doing business and dealing with contractors. Every building or structure has been built using one or more design methods. Even animals maintain design methods: a birds nest is built on the principle of gathering materials nearby, continuously changing the design according to the needs at the moment of construction.

Within the history of the design discipline, we can speak of craftmanship. A person becomes a craftsman not by reading up on how to become one, but by trial and error, learning from previous work, which itself has been the product of years, if not centuries of trial and error. If one asks a craftsman how their craft was made, they most often cannot tell you how they made their choices of design, other than by instinct. The craftsmanship approach used to be the most common way of designing in architecture during the Classic up to the Gothic period. During Gothic ages, most buildings were built without a masterplan. The art of ad hoc stone masonry, combined with the art of geometry prevailed the design. And even though the underlying ideology for Gothic building was fairly well-documented, the evolution of the style has been completely due to craftsmen, not published literature.

While the development of ‘design methods’ appears to occur independently from that of artificial intelligence, there are essential similarities between the two, which provide a deeper understanding to the application of both fields in architecture. Notice how the generative adversarial network system eerily resembles the craftsmanship approach to design. The trial and error phase is analogous to the discriminator and the act of crafting without knowing how the craft resembles the generator. A large difference between the two subjects is the matter of time: where the mastering of a craft takes centuries, this network takes weeks to do a similar job.

‍Critique of Artificial Intelligence in Architecture

Some say that artificial intelligence offers a cornucopia of creativity, rendering architects virtually useless, flooding civilization with endless ‘good’ architecture. However, this is far from reality. AI systems, certainly at this point in time, come with great limitations, not only in computing power, but in general logic as well.

Suppose a fully functioning AI system is desired, that produces CAD-drawings given a list of requirements. How would this system work? First of all; using natural language processing, the list of requirements has to be deconstructed into bite-sized, AI-friendly pieces to be interpreted properly.

Now that is known what to build, how should it be built? Propose the system chooses a style at random, ignoring context. It is assumed this style is a classic style of architecture, constructed around the rules of classicism. The system has analysed the distinct placement of elements and their size, ornaments are constructed using StyleGAN, mechanical stability of the proposed structure can be easily calculated using statics software, et cetera.

However, this is far from perfect: beginning with the problem of language. While natural language input processing by AI is improving over time, it remains a weak link in the chain. Exact input being statements as ‘the maximum load on this beam is 500 kN’ and fuzzy input ‘make this room look nice’. The question arises to what extent exact input in architecture occurs. Whilst mechanical requirements are generally clearly defined, statements that appear to be exact, such as ‘the maximum surface area of this room is 50m2’ are not always as exact as they seem in architectural processes. The deviation of these semi-exact statements and their consequences of error differ from client to client. And even more so in architecture than in art: not only does every culture have their own interpretation of art, combined with the different ways of building and demands, there cannot be a consensus of universally good architecture.

‍The meaning of architecture in relation to artificial intelligence

This raises the question: Is it possible to add this meaning to a system? Meaning can be highly interpretative, however, discrete meaning exists in architecture, for example: using chemical analysis, it is highly certain that the dome of St. Peter’s Basilica is made of concrete. So while an AI system might accurately know that Michelangelo painted the dome of St. Peter’s Basilica using its knowledge of all domes, for it to know that the sixteen figures represent the sixteen first popes, a whole other system is needed. For an AI to understand the dome at the level of an expert, an incredible amount of useful data would be required.

And what about the generation of such a dome? Using the GAN method, an image that appears to be such a dome at first glance is generated. The details of the dome are generated based on existing images, merging the existing details to a smudge without meaning. For the system to add meaning, it needs to know the context which is wanted from the user.

Is the process of designing a process that can be reduced to a logical system, or is it truly a black box? The two groups in this debate are that of the designer-scientists and that of the designer-artists. According to the argument of the designer-scientist, there exists a discrete, logically deductible system that can produce an architectural design from a list of requirements, with every step of the way being entirely understandable in its behaviour. The designer-artist adheres to the theory of the black box. According to this argument, while some steps of the design process can be clearly defined, creativity and design at their cores consist of expressions of  the philosophical concept of the sublime: an indescribable sense of quality.

While artificial intelligence could within its logic easily adhere to the designer-scientist (despite relying heavily on the black-box theorem), for it to accurately replicate the sublime, these indescribable experiences need to be described first, which is fundamentally impossible. Of course, there remains the possibility that the sublime consists of made-up constructs, envisioned by a mystique surrounding the - to a designer-scientist potentially describable - quality of the object.

To conclude, artificial intelligence has potential in the analysis of architecture and to serve as a source of inspiration. But is far too limited to create a functional building design at this point in time. Because of the difficulties in the notion of meaning and quality of architecture, one can doubt the feasibility of an AI-architect becoming a reality in the near future.

Nathan Kramer is a second year bachelor Bouwkunde student. He wrote this piece originally for the course Academische Vaardigheden 1 and edited it for publication in Bnieuws.

Complaint Cases. Where to Go?

This article both rectifies the article Letter published in Bnieuws issue 52/04 Rumours and lays out possibilities at BK City to reach out for support in case you want to file a complaint. 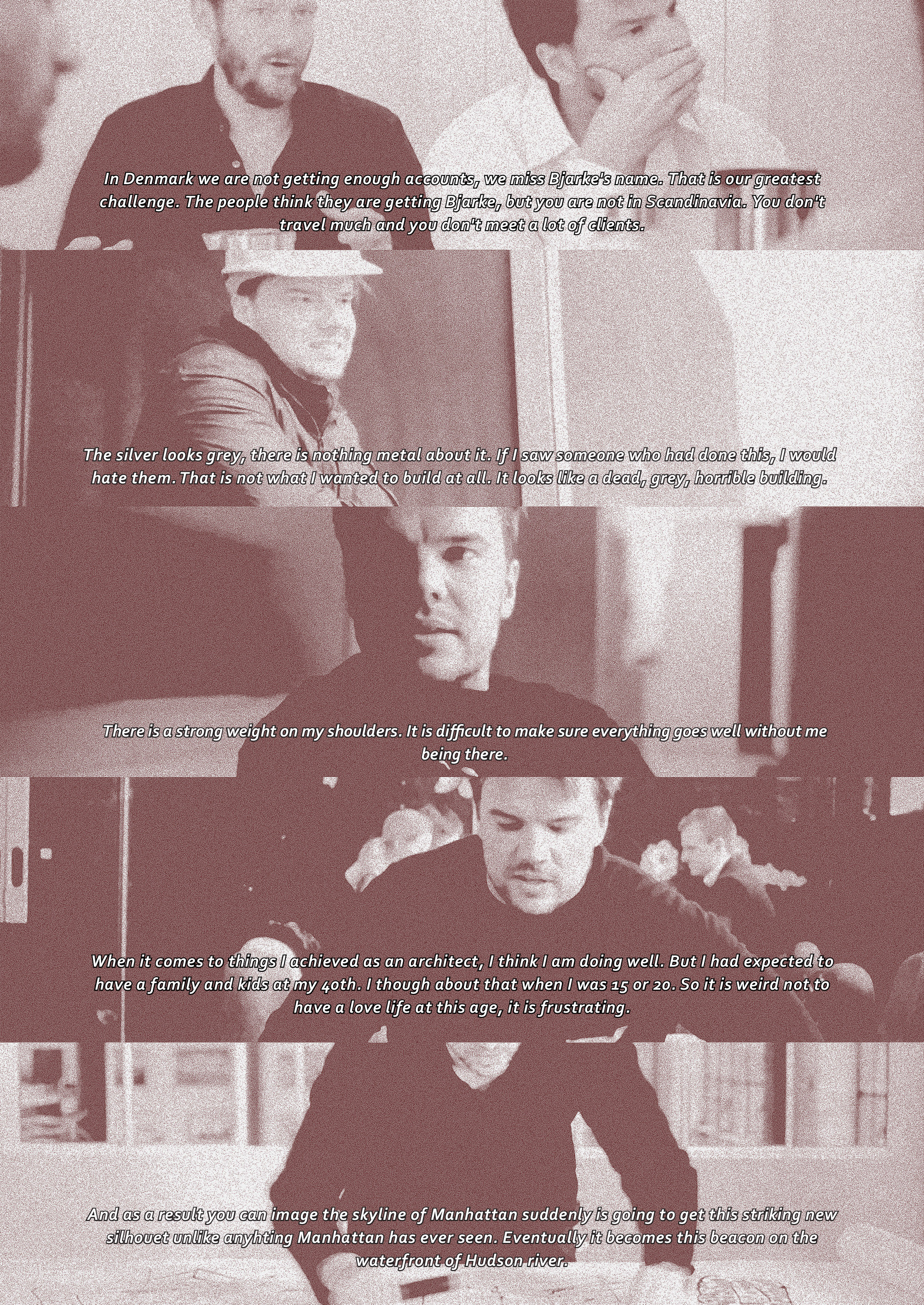