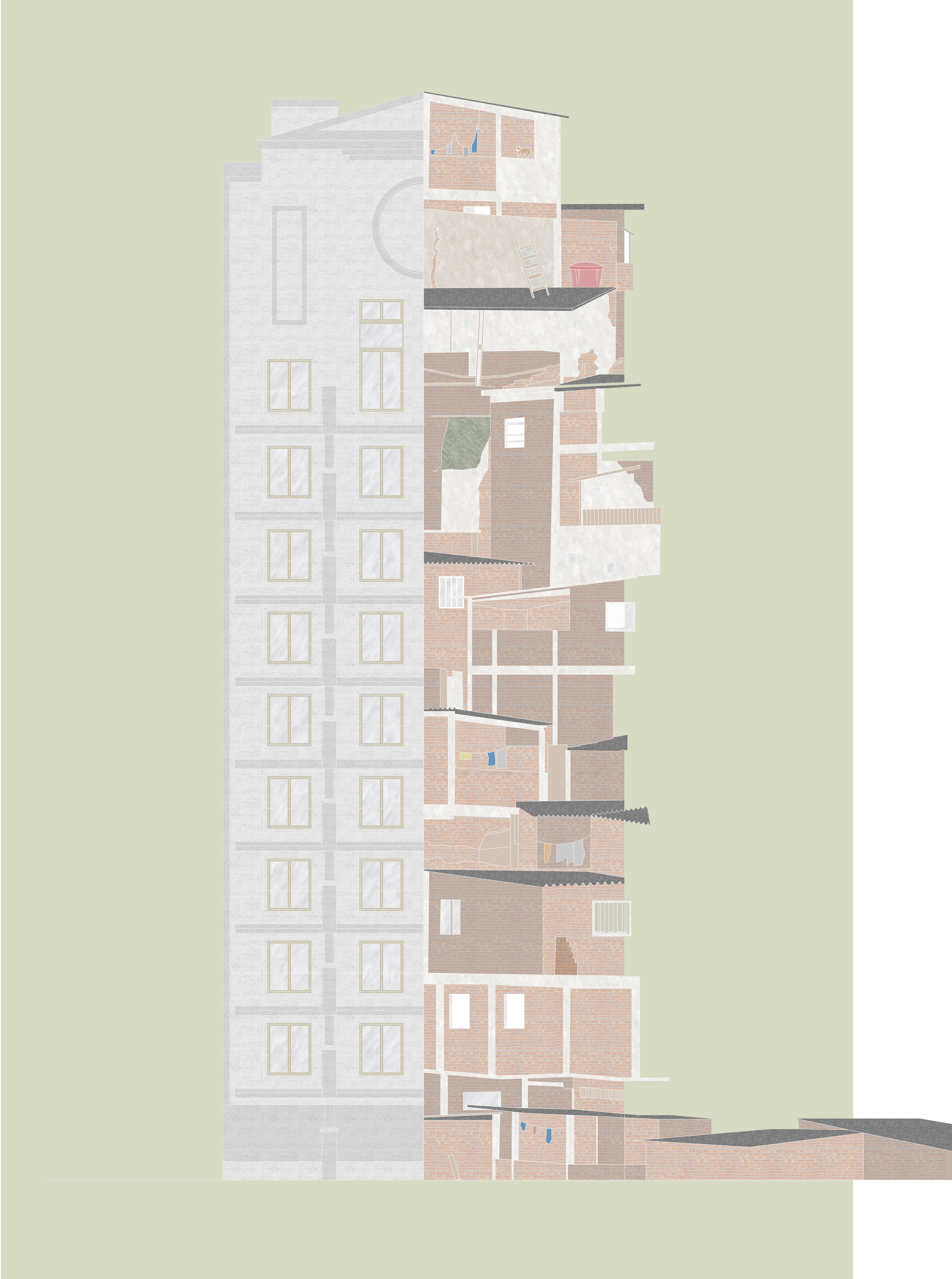 How did you develop your passion for housing justice?

It is indeed quite a topic and devotion in my life. When I was an undergraduate student at the Architecture school at the University of Sao Paolo, during the 70s, Brazil was under a dictatorship. In this period, social movements started to reunite, reorganize, and remobilize. This included student movements, and also social housing movements. The housing movements specifically emerged in metropolitan areas which had grown madly from the 1940s in a pattern of self-built housing. These houses were built in precarious conditions without infrastructure, social equipment or diversity. The residents of these neighbourhoods sought to reclaim the right to the city, to be connected to networks of infrastructure such as the sewage system and electricity. As students, we became engaged with these social housing movements, in order to build a shared knowledge in the existing conditions and possible solutions. This movement lasted for many years, comprised of favelas and slum residents, students, architects, urbanists, and lawyers. I too became engaged, in researching the peripheries, but also as an activist in the field of urban planning and housing.

After that, I fulfilled different positions related to urban reform, in government agencies and the UN. In addition, I have been a university professor my whole professional life.

Were your professors engaged in these urban reforms as well?

Our architecture school in Sao Paolo was always progressive, it has been one of its characteristics until today. There were some professors who engaged themselves [with the movement] and through them, we were able to meet the residents and organisations. Those professors were very influential at that time.

Do you feel that architects nowadays still engage sufficiently in the political scene and policy making?

Less and less. From the 60's up to the 80's, there was big engagement, especially in urban planning, but also in architecture and design. By then, neoliberalism had also arrived in urban policies in Brazil. Additionally, there were very few schools of architecture in the country - there are more than 400 now. The political profile of the school and architects have since then widened and redirected mostly to the market.

Having said that, many other professors other than me, held positions in city councils or engaged in research directly related to urban reform policies in municipalities over time. In the 80s, a large number of municipalities became laboratories for urban policies, implementing new instruments, such as participatory planning and the zoning of social interest. Today we clearly observe a regression, at the national level, as well as the local level. We are currently having a government which is identified with the mantra: state and planning should serve to promote business.

In context of the Qatar 2020 World Cup preparations which has been in the news many times due to the precarious working conditions of builders, do you feel that as an architect you have a responsibility of how a building project is executed?

Absolutely. More than that, the way we build is not morally innocent; it is part of the design process which is an essential part of the production process on the construction site. Sergio Ferro, an influential architect in Brazil, who was exiled in France for political reasons and never returned, wrote a book on design in relation to economics and power relations on construction sites. His main argument: depending on the way you design, you orchestrate work on the building site. As designers, we should also question the function of landmark architecture, especially in the process of financialisation of urban space. These brand architects are responsible of creating real estate financial complexes, causing destruction of neighbourhoods and the creation of unaffordable and inaccessible cities.

Do you think design students should be better educated about policy implementation?

Yes, the education system now, both here and Brazil, are causing alienation from social issues. Many students complain that they are taught too many abstract themes, unrelated to reality.

Compared to the 70's and 80's, have you noticed contemporary movements which concern public space and housing justice?

Absolutely, in Spain for example, there is an increase in tenant unions, and in the UK and US, a movement around rental housing has emerged; there is definitely a new a wave of housing movements and this is a global process. Of course, this is a response to the big wave of financialization, of private parties controlling urban space; it has become difficult to access the housing market in many countries. We are witnessing a regression in housing policies in for example the Netherlands, Germany, Sweden and UK. Sweden had one of the most secure housing systems in the world which is currently being dismantled, resulting in a housing crisis. However, the above-mentioned movements are becoming a focal point on the agenda of political parties. For example, in the UK elections, housing became a topic in the agenda and Labour Party wants to build 1 million social homes. This is true also for the US.

Many cities cope with urbanisation processes; cities have to expand to new areas or densify the existing built fabric. Both are leading to debates on inclusion and exclusion. What are your thoughts on the dualism between densifying and expanding cities?

We should be careful with this debate. It is tricky to perceive this issue merely from a formal point of view, in terms of urban morphology. You should insert the social dimensions of class and race. Why? In principle it makes sense to densify cities, to create walkable neighbourhoods and to limit further destruction of the environment.

However, empirically, what I have observed in cities is that most of the densification operations are massive evictions; groups of marginalized people are displaced, replaced with high rises which are not for them. Thus, as an urban form, densification or expansion can both be radical instruments of gentrification and displacement. I am not criticizing density per se, it is an approach to answering the needs to grow, but the thing is, for whom? It is important to have an urban policy that addresses those issues, and that is possible.

Do you think, ideally speaking, another economic model would work better for our society than the current neoliberal model?

I think that, empirically, not theoretically, neoliberalism did not fulfil its promise: the promise was to accommodate everyone, ownership for all, universal standard of living, and this has all failed. Neoliberalism is absolutely incapable of coming with good answers for the pressing questions today such as the environmental crises, the political crises and the cultural crises. In my opinion, neoliberalism is dead in its capacity of solving its problems, but it is still dominant and hegemonic; Europe is a super-example of that.

Would you advise disciplines to have more collaborations and discussions, in order to create responsive and responsible architecture?

This appears to be a challenge in many education systems, also in my school; we are located in the same building but we act separately. It would be much more productive if we could integrate these perspectives and share knowledge to develop a new relationship with the territory we work with. Nowadays we are increasingly dealing with transformations as opposed to designing from scratch. This entails a certain respect and need to listen to other solutions towards the existing situation and the voices of people who are living in these territories. The heavy hand that rips out everything is disrespectful and fails to listen and understand the real needs.

A completely new dialogue is badly needed in the field of planning. This is true in Europe, but it is even more true in the Global South; it is rare to come across a project that engages with the existing territories, not as formal landscapes but as landscapes for life.

With regards to the alienation of architects and designers from the reality of society, do you think language is an important bridge in connecting the design discipline with reality?

All the building codes are instruments for communication, but simultaneously for exclusion. In design the language spoken and used is that of the building industry. Terms like ‘floor area ratio’, what does that mean for ordinary people? Absolutely nothing. So, why shouldn’t they be the indicators and the metrics in urban planning language? This is definitely a challenge in Brazil. The movement of urban reform made serious efforts to overcome the exclusionary nature of urban planning. However, the whole idea was to insert the ‘other’ in our way of thinking, measuring and talking, but never the other way round: to really listen and open up this system for alternative ways of organizing space. There should be a balance of proposing, inventing, and discussing. Our main challenge is on how to imagine together. It not just a question to consult and ask people: “What is your opinion?”. No, it is the exercise of imagining and creating together.

Raquel Rolnik (1956) is a Brazilian architect and planner, graduated from the University of Sao Paolo (USP). Currently, she is promoting her book Urban Warfare: Housing under the Empire of Finance, and teaches at USP. 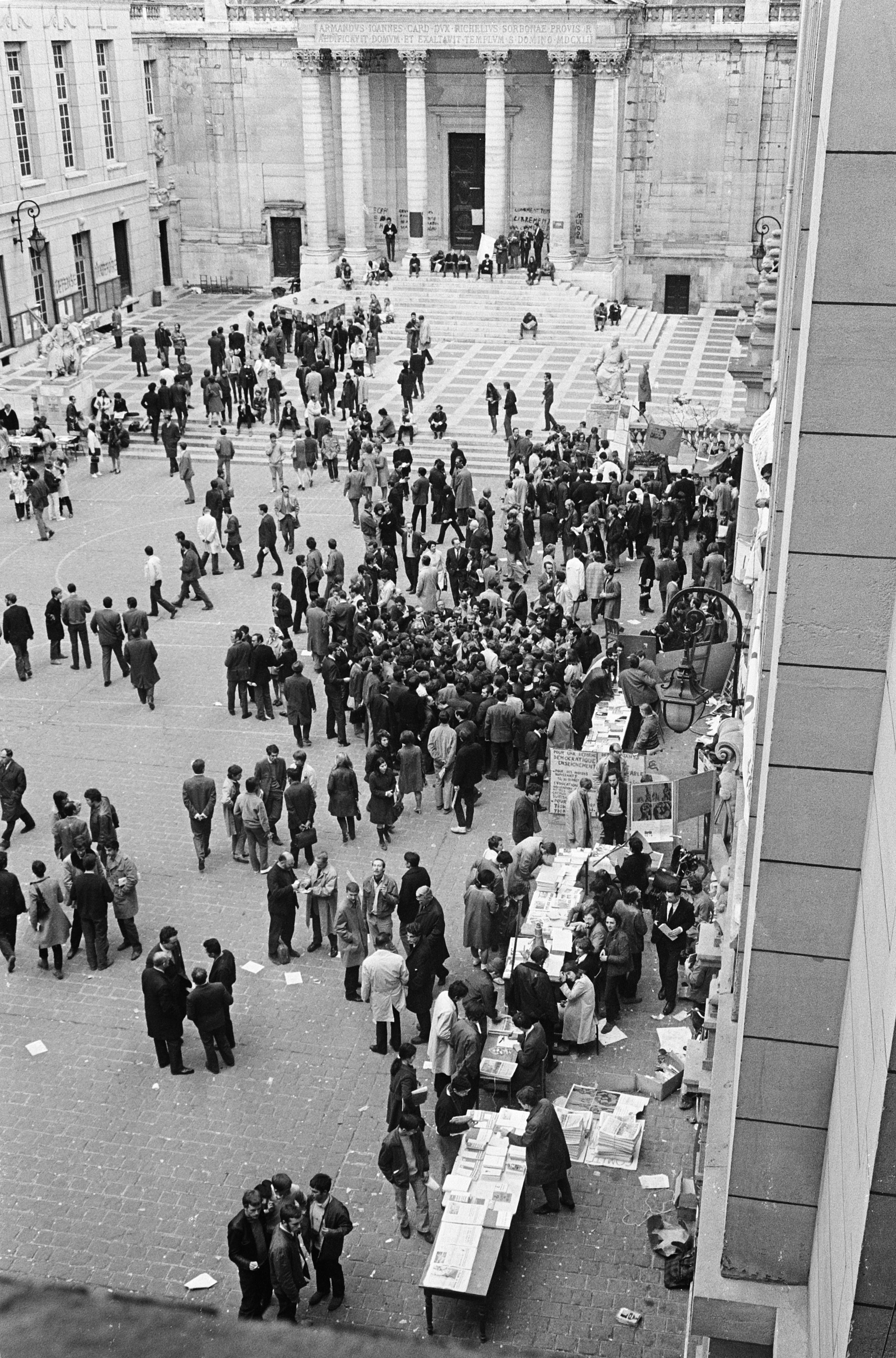 Language and Design Cognition: Toward a theory of Language Based Design

I want you to imagine this red bicycle I’ve been thinking about designing for a while. It has some fluid curves in the frame, and the wheels are going to be green – wait scratch that, too Christmassy, make the wheels cream. And actually, it really ought to be Pantone 2035C and 7499C colour paints.

Ode on A climate Schematic 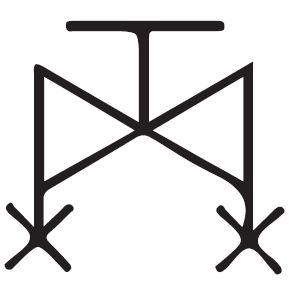 Below is a parody on the first stanza of John Keats' Ode on a Grecian Urn. This Poem, (see title above) aims first and foremost to critique the language used in written conversation between construction workers, architects, and technicians. The symbols used normally to represent the flow of sewerage and electricty have been transcribed to the latin alphabet to the right, this will be your guide in translating the below poem. Beware, some symbols are similar to others... Some of them might not be used... in fact, the guide might be out of date with the poem. Good luck.