The story of Baker-Miller Pink begins in 1969. Newly graduated in psychology from the University of New Mexico, Alexander G. Schauss comes across the work of Swiss psychotherapist Max Lüscher (1923-2017). In his research “Colour as an aid in psychological diagnosis” (Lüscher,1947) , he presents the Lüscher colour test, which aims to establish someone’s ‘current’ emotional state based on their colour preferences. Upon reading this theory, Schauss starts to wonder: if our emotions can be visually and universally represented by colours, could colours retrospectively influence our emotions? The following 10 years will see Schauss perform a series of research experiments on the influence of colours on human behaviours. In 1978, one of his experiments covers the muscular reaction of individuals when presented an 18 by 24 inch monochromatic cardboard plate. Some of the results suggest a ‘relaxing’ effect of the colour pink on the subjects. Schauss wakes up one night with a thought: what if pink could reduce human aggressivity?1 From this point onward, his work will focus on pink and its potential applications. After experimenting on hundreds of shades upon himself and other subjects, he identifies a particular shade as the most efficient in “reducing hyperexcitability”2. This shade he names P-618.

But to demonstrate his new theory, he needs an environment to test it. However, the connotation of pink as a feminine colour presents a difficulty to find a correctional facility to perform his planned experiments. This was until Commander Baker and Gene Miller, officers at the Naval Correctional Center in Seattle, came into the picture. After attending Schauss’ classes on innovative treatments techniques and correctional research, and without his knowledge, Baker and Miller take the initiative of painting in Schauss’ pink the interior of one admissions cell: P-618 becomes the Baker-Miller Pink. After 156 days of monitoring, they will find a 100% reduction of erratic or hostile behaviours incidents since the redesign of the cell. Following this initial result, additional research is performed at John Hopkins University Hospital in Baltimore. Experiments continue throughout the end of the 1970s in a few other correctional facilities, youth probation centres as well as psychological centres. Most facilities show a mixed to drastic reduction of aggressive behaviour due to the presence of Baker-Miller Pink. At least, these are the results Schauss’ 1985 article “The Physiological Effect of Colour on the Suppression of Human Aggression: Research on Baker-Miller Pink” present. Indeed, despite these positive results, many contemporaries of Schauss highlight questionable or even inadequate methods of research and data recording practices, and the existence of conflicting results. The outcome of counter-studies performed by other researchers even contradict Schauss’ results.3 Many will attempt to repeat the initial experiments’ results, still to this day without success. However, such potential discovery is soon spread through the papers and many penitential facilities, hoping to reduce the number of aggressive behaviours amongst their convicts, starts using P-618, alas often becoming a tool to the oppression of the inmates by their warders. But this is a subject for another article…

In spite of the scepticism amongst the scientific community on the potential impact of colours on the human body and mind, these subjects are still explored in many domains like psychology or neuroscience. In 2009, Esther M. Sternberg, professor of medicine and director of Research at the Andrew Weil Center for Integrative Medicine of the University of Arizona, presents her book Healing Spaces. In its second chapter, she develops on the many studies performed to this day on visual stimuli and their potential impact on immune responses: in other words, can we design spaces to help us heal through what we see, including light, colours, and textures? Unfortunately, the answer to this question is not a simple one, nor is it one, but rather multiple. Nonetheless, new data is created every year and could potentially corroborate some of Schauss’ hypotheses.

At this point, one should ask the difficult question: even if it were possible to assess and confirm perfectly scientifically the effects of the colour on a person’s behaviour, would it be possible to distinguish between a direct physical effect, and psycho-social affect? When you think of pink, do you think of the colour itself, or are you influenced by the social construct which dictates pink as a feminine and calm colour? What if I told you that, until the 1930s, pink was a colour that prevailed in male clothing and represented strength and power? Would Schauss’ result have been so positive in a culture where pink represented aggressivity? Therefore, it is important to re-contextualise colour psychology as a modern Euro-centred discipline that often fails to recognise the specific cultural basis of it results. If some applications of these theories seem difficult to refute, they are equally hard to prove truthful. Yet, their impact on our appreciation of colours is undeniable. For instance, despite his test being widely discredited by the psychologist profession, Lüscher’s notion of emotions and colours is now widely spread amongst the general public. We all had one of those rings, which allegedly changed colour according to one’s mood! This is equally true amongst the architecture and interior design professions. Who has not heard a ‘let’s make the interior calmer by adding blue tones’, or ‘this building will be busy and social, it should be of a bright colour like red or orange’? When filming Paddington 2, set in a carceral facility, which colour is introduced to the inmate’s clothes, and symbolises their evolution to become better people? Pink! Whether conscious references or not, these uses prove that colour psychology and the Baker-Miller shade alleged calming properties have become part of a social construct and can be used as a tool to represent ideas and ideals, or for advertisement purposes. Baker-Miller Pink is a product that is, still to this day and despite its questionable scientific basis, marketed for its beneficial effects: a ‘scientifically proven’ calming colour.

In 2017, fan favourite celebrity Kendall Jenner, explains through her social media that she painted one of her walls in a specific shade of pink, as it is ‘proven’ to have calming effects, and even reduce appetite. Guess what this colour was?

Seems like we have not seen the last of Baker-Miller Pink!

Lucie is a first-year masters student of architecture at BK.

1. Alexander Schauss, “The Physiological Effect of Colour on the Suppression of Human Aggression: Research on Baker-Miller Pink” (American Institute for Biosocial Research, 1985), https://www.researchgate.net/publication/236843504_The_Physiological_Effect_of_Colour_on_the_Suppression_of_Human_Aggression_Research_on_Baker-Miller_Pink. 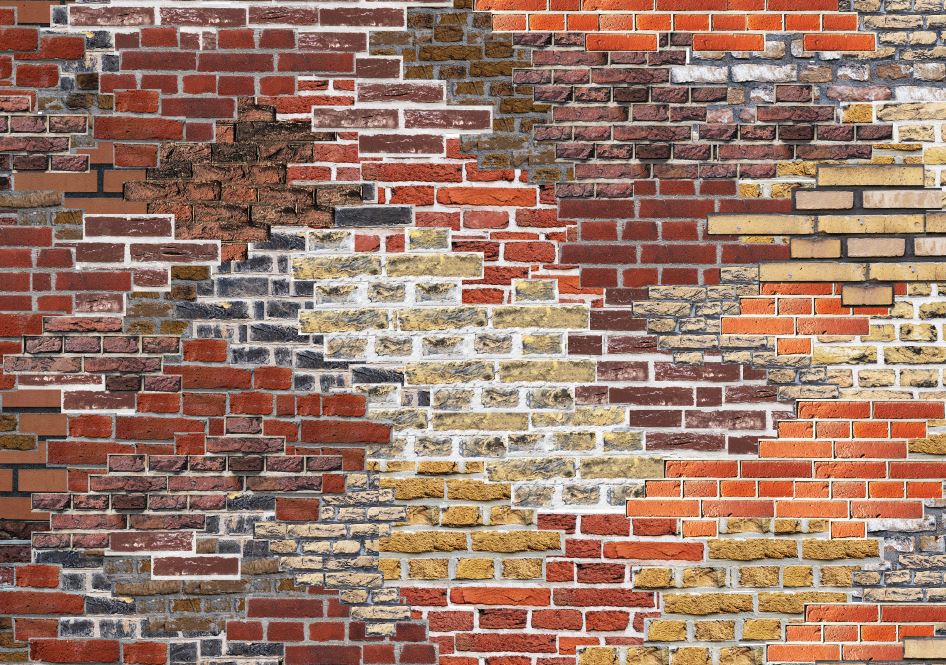