Who do we Design for?

I have recently stumbled upon an article titled “Why you hate contemporary architecture” by Brianna Rennix and Nathan J. Robinson of the “Current Affairs” magazine. It was an extremely interesting read, as the authors are not architects themselves and their impressions of contemporary buildings were those of normal people. At ﬁrst I was skeptic about how naive some of their ideas were, but the further into the article I got, the more I agreed with their comments. Perhaps there really is something wrong with much of modern architecture? 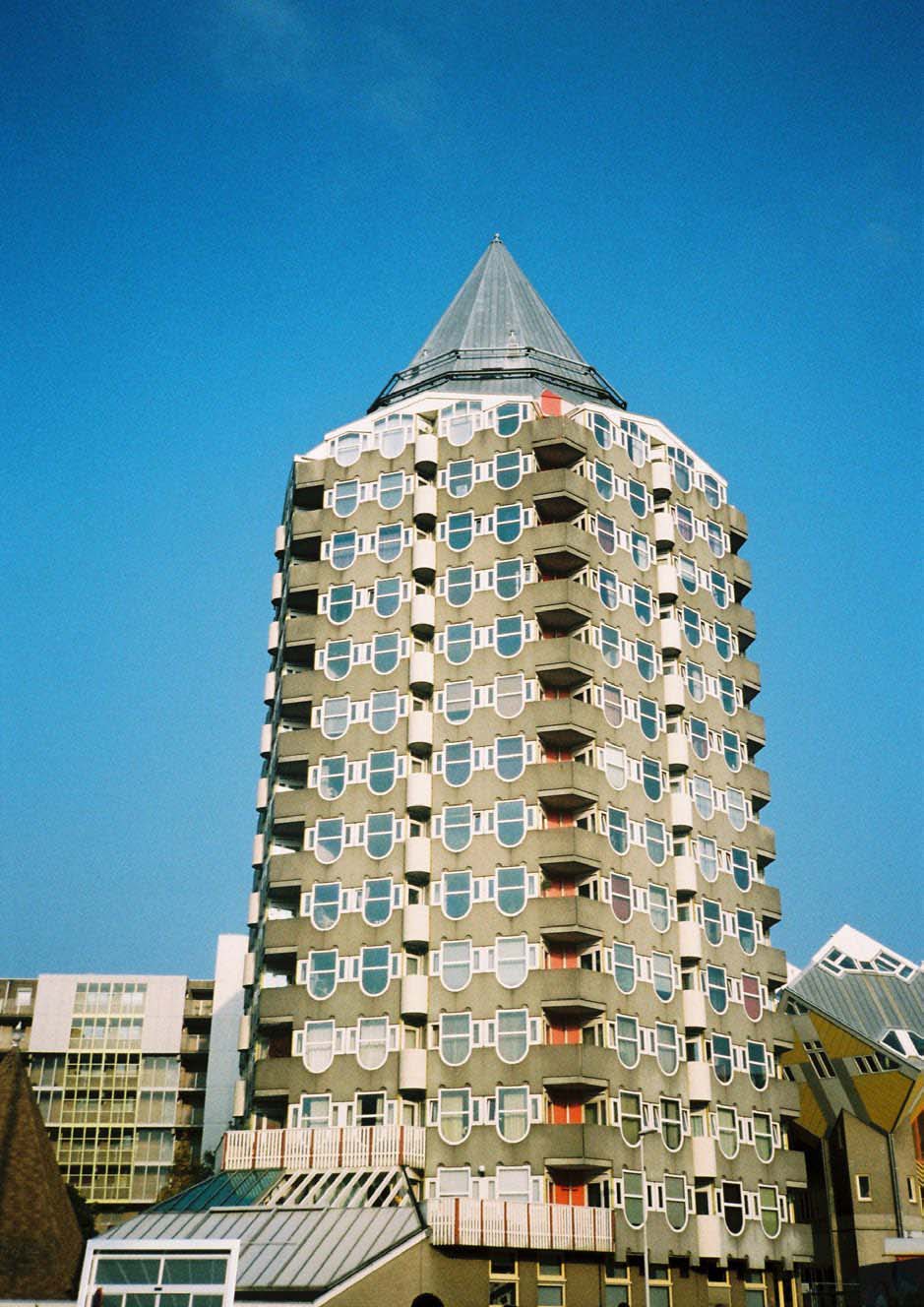 I remember when, after the first year of my bachelor studies at the Warsaw University of Technology in Poland, I had decided to hitch-hike around western Europe with a friend of mine, Luke, who was a Medicine student. He just wanted to go on a holiday and have pictures of himself in front of many well known places, such as the Brandenburger Tor in Berlin or the Eiffel Tower in Paris. Instead, I had a list of all the contemporary architecture buildings on the way, which I wanted to see and take photos of; preferably without anyone standing in front of them.

In every place we visited, I dragged Luke along to see museums, residential and student housing complexes, universities and many other examples of contemporary builds. I still remember being extremely impressed by many of them, some of which have inspired my future projects in one way or another. Luke, however, could not see in them what I did. I have tried to explain the concepts behind them, why they were so great and why he should be impressed as well. He just looked at me with a clearly visible lack of understanding. ‘He’s a lost cause’, I thought.

Years later, I got into an argument with another non-architect friend of mine, who said that he does not like contemporary architecture. ‘You just don’t understand it’, I replied, not even trying, or perhaps being able to, explain what I have meant.

Even though, I have since (hopefully) become better at explaining some architectural concepts I have also become much more of a sceptic towards what has been built in the past 100 years, and what is still being built today. Standing under some buildings I wonder who did the architects have in mind when they designed them?

When you take a look at polls asking people which buildings they like the most in their neighbourhood or city, they are largely won by pre-20th Century designs (if there are any). People who have nothing to do with architecture also tend to take photos of those buildings and not of the modernist or brutalist creations, which we, the architects, often prefer. Where does that difference come from? Is it because we are ‘enlightened’ when it comes to aesthetics? We have all learned so much about architectural history and theory during our studies; or are we perhaps just indoctrinated that a certain type of architecture is better than the other and defend our beliefs as strongly as we can? Are architects just bigots?

In 2009 a poll was carried out in United Kingdom by YouGov, which showed that 77 per cent, of the 1042 people asked, preferred more traditional styles, while only 23 per cent said they liked contemporary ones better. The results of the poll were published, amongst others, by the Architect’s Journal, one of the largest and most influential magazines on architecture. The title of the article was “Public

‘Favours Traditional Architecture’”.  I, for one, have a huge problem with that title. Do you know why? A poll result showing that the public prefers traditional architecture has been put in quotation marks, as if it was someone’s subjective opinion. It sounds as if the author is mocking the poll’s result. Can you imagine that happening in politics after a proper scientific research has been done? “Party XYZ is ‘More Popular’”. The answer is: No.

Let us take a look at another medium that we love: photography. I am doing my graduation studio in Antwerp in Belgium, where we traveled at the end of November to explore the city. One of the places we have visited was Geert Bakaert called also deSingel, where an exhibition on Léon Stynen, the building’s architect, was taking place. Part of the exhibition were the photos of deSingel made by a famous Belgian architecture photographer, Filip Dujardin. They were truly beautiful. They perfectly showed the hard angles, whiteness of the walls, the green spaces.

You could almost touch the building. To me there was only one thing they lacked - people. I believe it is a problem with a large part of architectural photography. It is as if we love seeing our buildings devoid of people. Are they not the ones we built it for?

Last but not least, architects seem to have a terrible "god" complex. There was a discussion circle at my faculty back home and one of the discussion’s themes was “Can architects save the world?” I remember that my non-architect girlfriend was there with me. The discussion lasted several hours, where we, with some of our tutors, were coming up with more and more crazy ideas as to how architects can “save the world” - aesthetically, from hunger, from wars... But no one actually bothered to answer the question placed in the theme. Everyone seemed to come to the meeting with a set mind already. There was no question of “if” there was only a question of “how”. But I did not think about that at the time. I have found the whole thing extremely interesting and motivating. I remember being super enthusiastic afterwards about being a young architecture student and the bright world-saving future awaiting me. Right after we left, I looked at my girlfriend and I saw her staring at me wide-eyed and open-mouthed. “Wow, you lot actually believe all of that...”, was the only thing she said. And, for a long time, I certainly did.

However, I do not anymore and looking around I cannot help but wonder, do architects just design buildings for the sake of designing buildings? We seem to be the only ones who do not realise that. Let me ask you, dear reader, a few questions to prove my point: How much time did you spend during your last project thinking how people are going to use the space you are designing (be it interior and/or exterior)? Are they going to like it? Or are you going to like it? What is there that will make them stay? How many different usage and function concepts did you go through? Think about it for a while and then answer the next question - how much time did you spend coming up with the facade material? How many different facade concepts did you go through? And last: Do you design then for the sake of people who are actually going to use it or for your own?

After this article I must seem to you, the reader, a terrible traditionalist putting Corinthian columns and tympani everywhere I can. Well, I am not. I also certainly do not mean the article to be an attack on all of contemporary architecture, as there are countless buildings I admire deeply (as only architects can). It is rather an attack on us, future and current architects, our profession. We are less than 1 per cent of the population, however the very act of 'designing' buildings means that we force our viewpoint onto people.

At the same time, I believe it is very important to say that this dislike of ‘contemporary’ architecture takes place every time something new appears. Late 19th and early 20th century people hated the Historicism and the Art Nouveau, deeming it too fancy, and only 1960s-70s saw it as something that people were ok with, or actually quite liked. It is enough to say that buildings such as the Eiffel Tower in Paris (1889), the Guggenheim Museum in New York (1959) and St. Paul’s Cathedral in London (1710) were in the beginning disliked by the contemporaries.

Even though, I think that it might be quite different this time around. I like much of modernism, I completely adore brutalism and I am always in awe when looking up at contemporary glass skyscrapers. However, I like the above as an architect, looking at them from the outside, admiring the shapes, the scale and the engineering behind them. For a normal person, never before has architecture been so simple and so lifeless in its form. Have we, the architects, perhaps completely misunderstood Adolph Loss’ 1908 essay Ornament and Crime? As humans, is it the direction we want the world to go in? 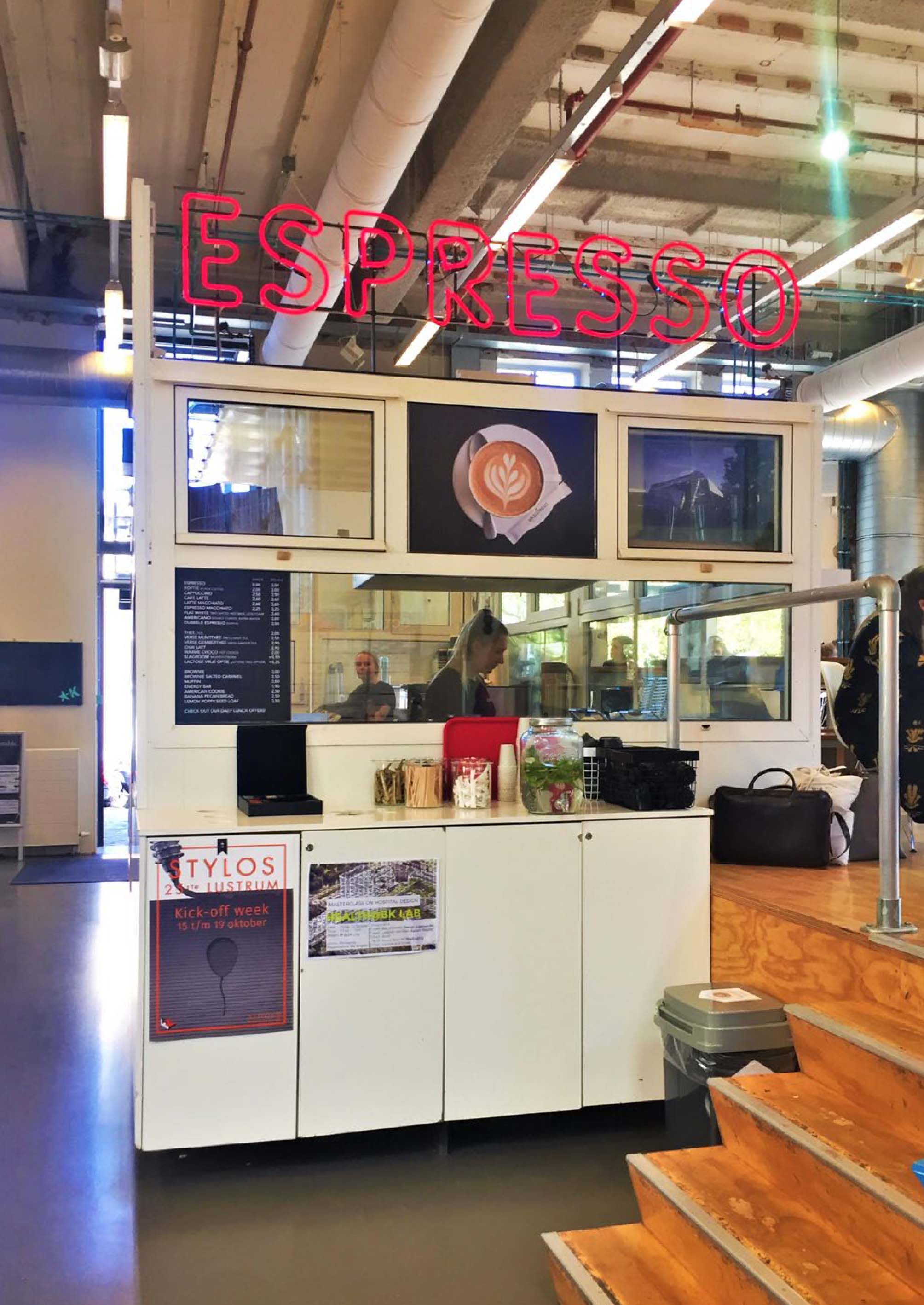