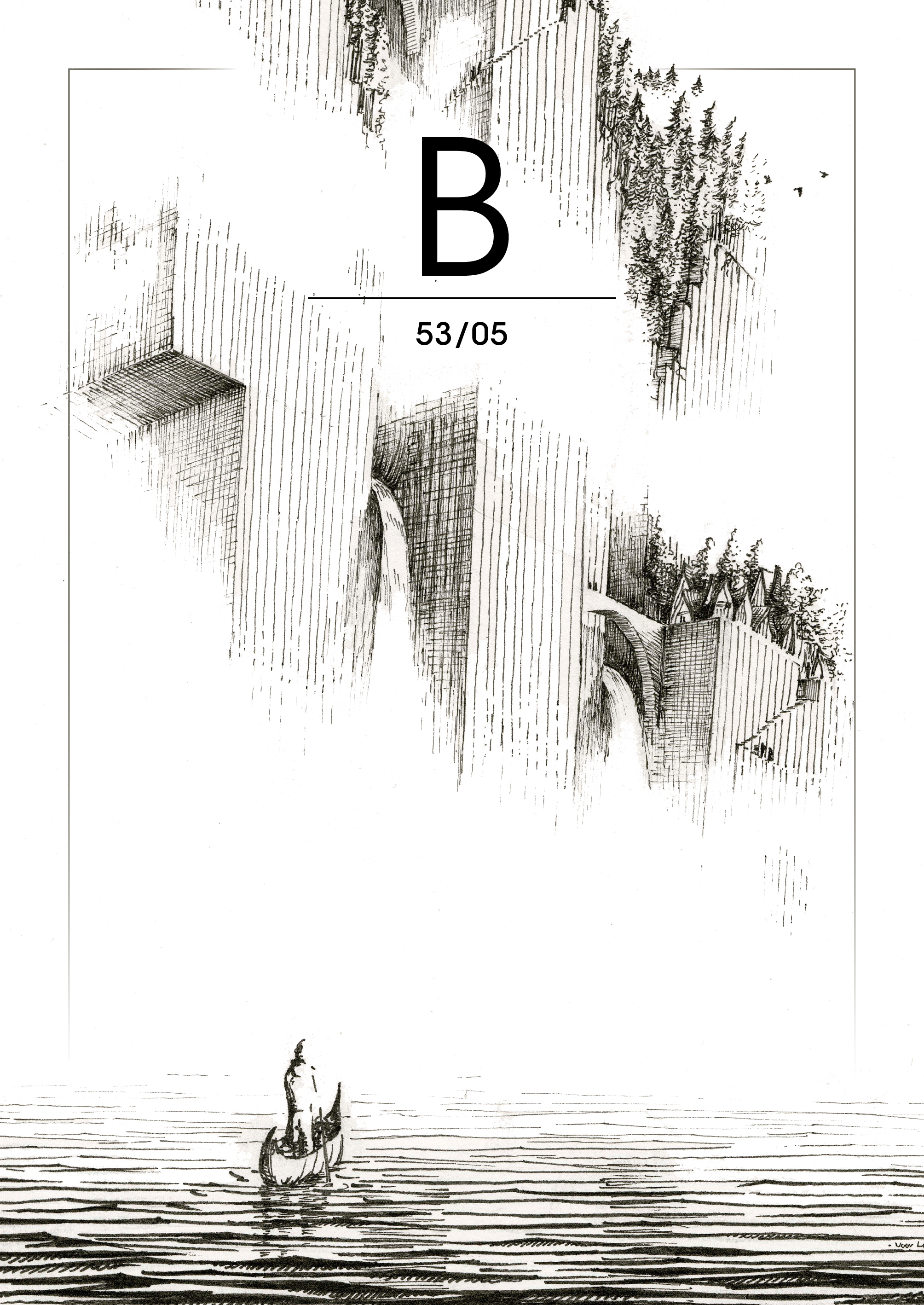 Be it the primordial ocean, the caves we once used as shelter or the womb of our mother, we are in a journey that will unavoidably take us far from where we departed. Nostalgia for what we used to call home might overwhelm us, or perhaps in this EXODUS we might find what we were missing.

At time of writing the Netherlands has just entered a period of so-called 'lock down' to slow down the expansion of the Corona virus which can result in the illness Covid-19. Unexpectedly so, the Exodus theme couldn't have been published at a 'better' time. 'Exodus' simply means a mass departure of people. The current measures taken by the Dutch government have trickled down to our very own Bouwkunde faculty, which has strongly requested students and staff to work from home.

Since the installment of these measures the faculty has been abandoned - a mass departure has taken place. The otherwise bustling model hall, the continuous chatter in the orange hall, the fragmented sounds of struggling printers and coffee machines have all been muted to an eerie silence. Aside from a solitary figure roaming the hallway, it reminds of the scene from Sleeping Beauty - as if the building has been put to sleep.

Despite this madness, the show must go on. As Bnieuws is a physical magazine, distributed around the faculty building, we are impelled to hop on the digital train and work with the channels that are available to connect us to you. The fact that you are now reading this editorial means that in some way we have reached out to you: mission accomplished! So, what can you expect from this issue? We offer you a diverse collection of 'exodus' interpretations and subjects related to departure, abandonment, refuge, memories and nostalgia to the past. Head over to page 15 for a critical insight in Brasilia, a city which was entitled the '1000 days project', the mass planning scheme for a new Brazilian city; perhaps not a space of departure, but definitely an urban development which a embodies mass movement of people. On page 9, our contributor Amy Young takes a political approach towards the possible impact of the Brexit on the British architectural discipline. Our own editor Christopher introduces his personal documentary series on abandoned chairs (page 6) - what could their stories be? While Christopher is intrigued by chairs, editor CK explores his fascination for small-scale thresholds in this poem 'When a door becomes a window' on page 11.

An exodus implies a mass, large scale event, capable of changing national (infra)structures, as we are currently experiencing in most countries around the world. Even though such an event appears abstract at first - hence the initial Dutch laconic and naive responses - at some point it hits us personally. This leaves us at multiple unprecedented crossroads. Do we consider the Corona virus a nuisance, a road block in the way of our daily routine? Or are we able to translate isolation into a productive pursuit of objectives that have been locked away for far too long? We cheer the latter. We hope that you all stay safe and healthy, reflect and embrace the inventiveness that these weeks at home demand!

‘Artefact’ is a recurring two-page spread, which features a beloved object presented by one of the BK City staff members. Every month, the author passes on the ‘Artefact’contributorship to the next. Last month Paul Vermeulen nominated anthropologist Leeke Reinders, who explores the intersections between fieldwork, visual research and architectural/urban design in the chair of Urban Architecture.