Now, to be clear, I am not about to argue there is no such thing as here or there - that would be ridiculous - they do exist. However, over the course of this article, I will attempt to spin a particular narrative that - perhaps - illustrates how sometimes a distinction between here and there, and now and then, is not quite as simple as it seems and that thinking in this dichotomous way could prevent us from properly addressing urgent future challenges.

First of all, I want you to take a look at the two images below, taken from a very interesting article written by Dr. Craig McClain of the Louisiana Universities Marine Consortium. At a glance the image on the left looks like it might be a visualisation of North America under the very worst predicted effects of climate change. Thankfully however, this is not the case. It is North America - obviously - Only not in some dystopian future, but as it appeared around 100 million years ago at the height of the Cretaceous period. A few things have stayed the same since that time, but the vast majority have changed dramatically. Most obviously in relation to this article, the southern coast of North America no longer cuts right through the middle of the modern-day states of Mississippi, Alabama, Georgia and the Carolinas. Curiously though, the outline of the Cretaceous period coastline is conspicuously apparent on the map to the right, not as a physical feature but as a socio-political feature. A county-level map of US election results in the southern states shows this connection very clearly.

Formerly coastal areas tend to vote Democrat (blue) and areas which during the Cretaceous were either further inland or further out to sea trend Republican (red). These results appear to track incredibly closely to the prehistoric coastline, but how can that be? Is it pure chance? Not quite…

During the Cretaceous period the tropical sea that lapped on the southern coast of North America was teeming with marine life, one species in particular thrived there, microscopic plankton. Over the course of hundreds of thousands of years layers of these dead plankton amassed within a small band along the coast. Their carbonate skeletons have since morphed into chalk, a base rock with specific properties that makes agricultural land developed atop it incredibly fertile and productive. In - comparatively - more recent times (since the arrival of European settlers) these fertile agricultural areas on this ‘thin’ formerly-coastal strip of the North American continent hosted more productive agricultural land than neighbouring areas, and with more productive agricultural land there came a correspondingly greater demand for labourers. Bearing in mind that these agricultural lands were first intensively cultivated only a few hundred years ago in the southern US, the majority of these lands were used for the production of cotton, and the additional workforce was supplied through the exploitation of enslaved people, who were overwhelmingly black.

The large black population of these areas in the past has translated, through descendants staying where they were born, into these areas having large black populations today. Black Americans, owing to socio-cultural reasons I will not be addressing here, tend to vote democrat (blue on figure 2) more so than their compatriots and because of that, counties which have a majority (or significant minority) black population tend to appear blue on election maps. Thus, it is perfectly possible to rationalise the effect of a prehistoric tropical sea on the present day political situation in the US; a separation of 100 million years between now and then but, in other senses, very little separation at all.

Following on from that revelation I want to rewind just a little to those plantations, and the route that their produced crop, cotton, might well have historically taken which brings us to Manchester in the UK. Nicknamed 'Cottonopolis' in the late 19th century the city was synonymous with the manufacture of cotton products - at the time it was processing upwards of 30% of global supply. An often-repeated anecdote that the city held a competitive advantage over every other thanks to its exceptionally rainy and humid climate (which prevented the cotton threads from drying out and breaking), is sadly - and no doubt surprisingly for those of us who have ever had the pleasure of visiting the city - completely untrue.

So, Manchester's once thriving textile industry isn't entirely attributable to a special quirk of physical geography, but there were a whole host of other (almost) unique circumstances that led to Cottonopolis: Manchester and the areas around it had a rich history creating flax and wool-based textiles, due in part to the ideal soil and weather conditions; the nearby city of Liverpool had played a pivotal role in the North Atlantic slave trade fostering strong connections with the southern US and Caribbean where raw cotton was produced; the exploitation of the British Empire had brought great wealth to the nation and financed an era of industrial innovation; and crucially, the discovery and large scale mining of nearby coalfields (thanks once again to deceased prehistoric life) provided the key ingredients to support Manchester's cotton industry. These few globe-spanning Manchester-centred circumstances arguably led to the birth of the industrial revolution and the system of mass production which, for better or worse (I’ll get to that in a minute), defines our world today.

Could things have happened differently, of course they could have! But the probability of things happening the way they did was significantly increased by a huge variety of diverse external factors, some caused by humans and others by climatic and geological systems out of human control.

So, we have followed a slightly undulating story which has managed to link prehistoric tropical seas to the Industrial revolution and contemporary US political geography - so what? The takeaway from both of these stories is that places and systems across space and through time do not exist in isolation. Any idea of a real separation between here and there is imagined, there are different places of course, but they are connected and events in one have implications, eventually, for all others. This has been highlighted recently by the pandemic, but in no instance is this more true, or more urgent, than with respect to climate change – which we can all thank the industrial revolution for kick-starting! (See, everything in this article is somehow connected, there really is no escape from the lack of separation between here and there!)

The effects of climate change are global, paying no respect to the distinction between here or there (unless there happens to be a different planet, which for most of us is not a reasonable, or very desirable, option). Even under the conditions of the most ambitious international agreements to tackle emissions there is huge potential for catastrophic changes in weather systems. And worryingly, as we have seen earlier in this article, human actions are not always entirely responsible for developments. Occasionally prehistoric events can play important roles. Climate change-driven melting in the Arctic has been shown to release huge amounts of greenhouse gases into the atmosphere, which for millions of years had been sequestered in the ice sheets. These previously sequestered gases are now contributing further to climate change, and the melting of more ice sheets, in a vicious cycle which humans may stand no chance of preventing…

That would be a very pessimistic way to end this article, wouldn’t it? It has decayed shockingly quickly from a demonstration of the futility in defining here and there, through the use of a few ‘interesting’ examples, into something much more, shall we say, “existentially threatening” – and that is never a nice place to leave a piece of text. So, to clarify, there is still hope. A relatively small number of companies and individuals (some of whom own spaceships…) are responsible for the vast majority of humanity’s emissions. More importantly than reducing our own emissions (which we should definitely still try to do!) we must hold to account those who are disproportionately putting the rest of us at risk: by consciously choosing which organisations we buy things from; by protesting whenever the chance arises; and by voting for parties and individuals that recognise the urgency of the challenge before us irrespective of whether we live here or there – because ultimately we all live here, on Earth, together.

Matt is a final-year student in MSc MADE, which is an interdisciplinary program between TU Delft and Wageningen University. 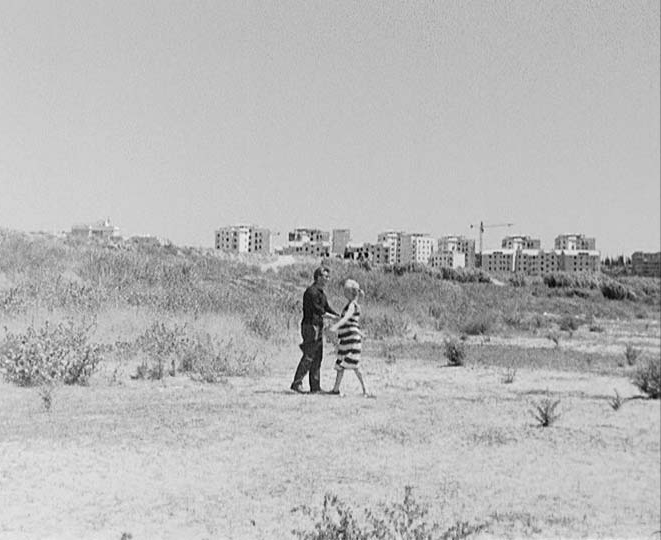 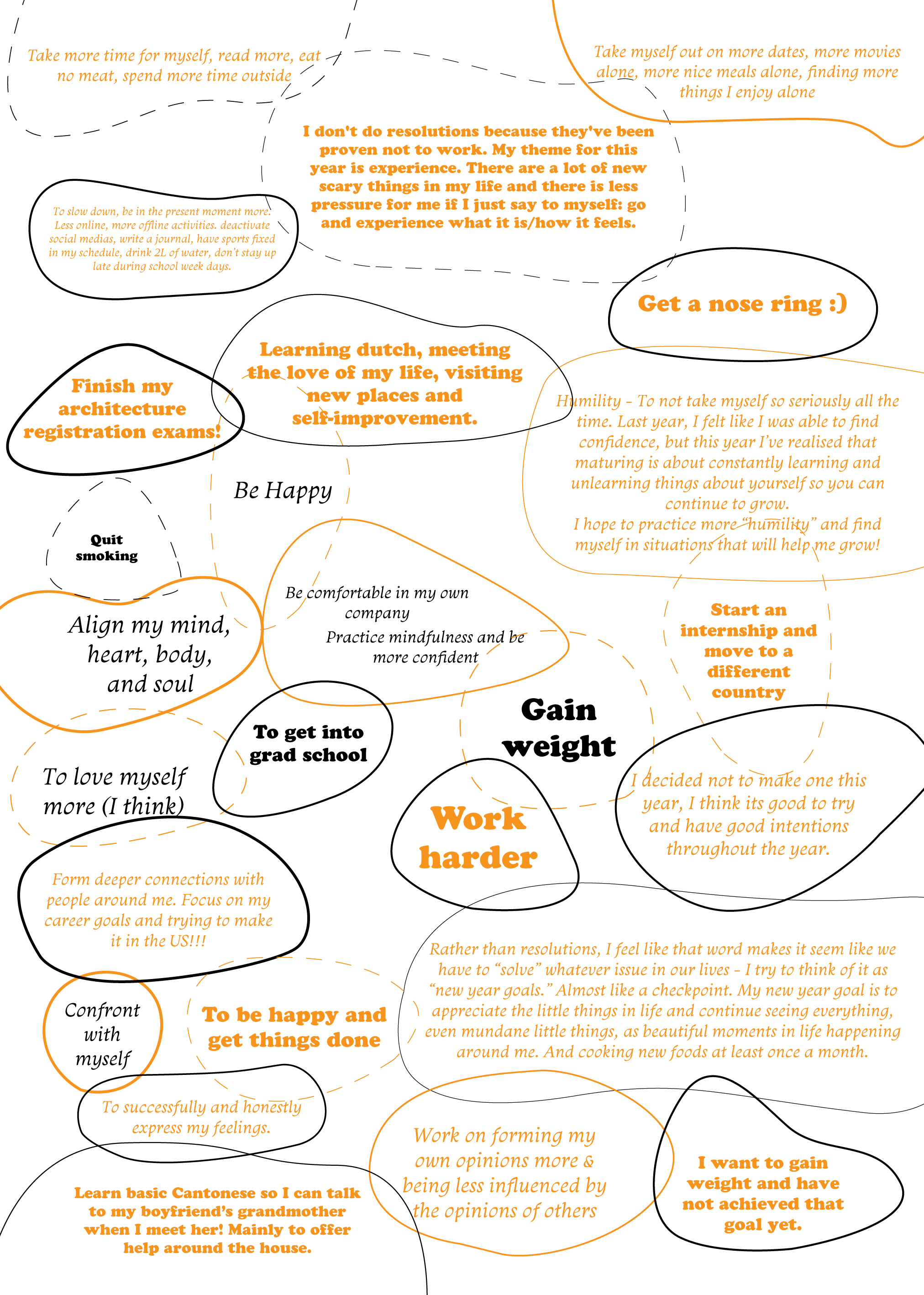 Hello world, we are approaching March of 2022, and looking over the Dutch horizon, wildflowers are blooming, the wind is gusting through these frail tree branches. Pondering on these thoughts, what were you doing last December? Where were you in February 2021? Do you remember the last time you made a goal?  As we roll into the year of 2022, with most having aged two whole COVID years, a lot of people dread the question - So… what is your new year resolution? 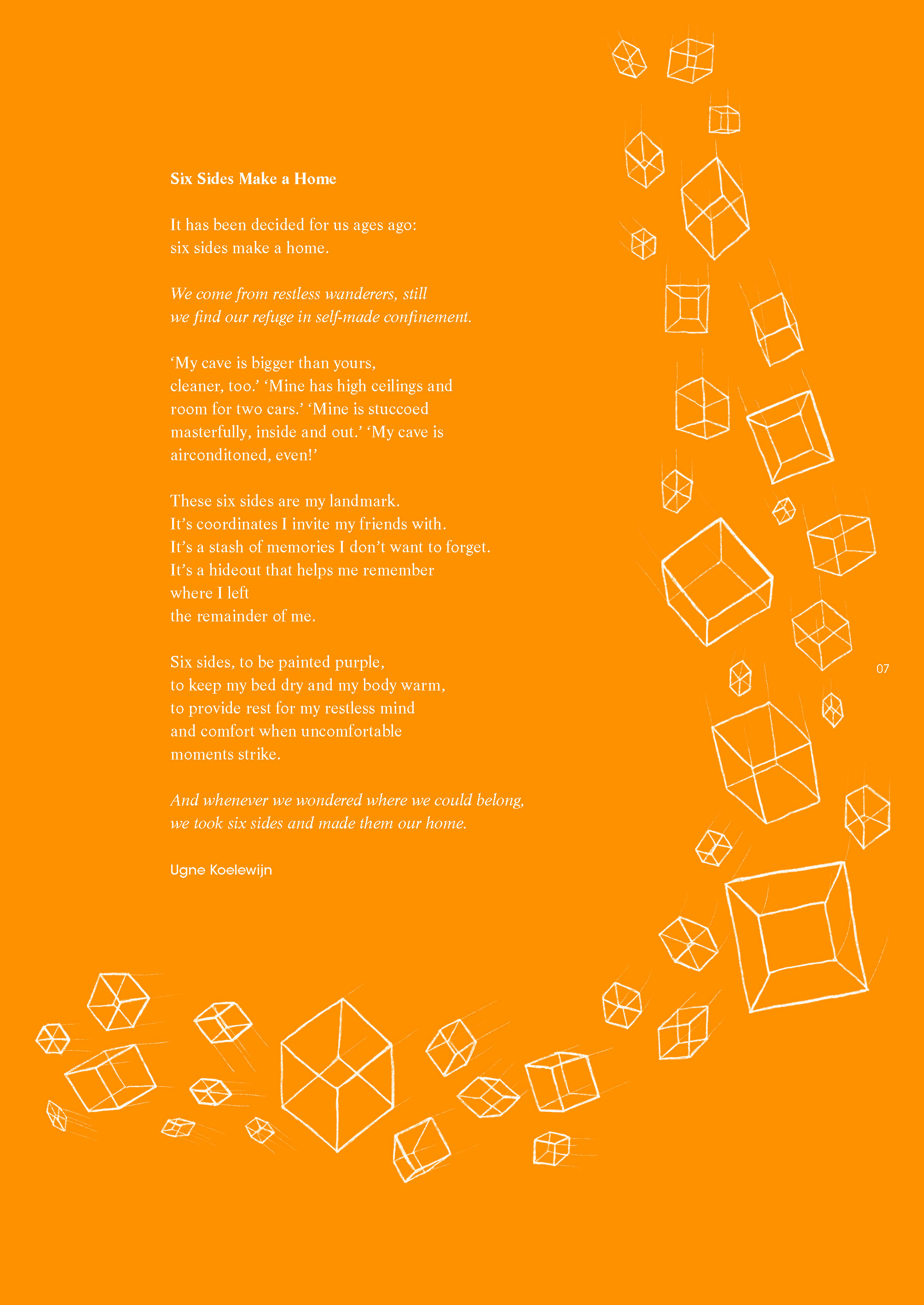