In some ways, emulating the piece by long-gone art idols like Rembrandt can be perceived as the greatest form of flattery. Fascinated by the mythical capabilities of the artist’s hand, art forgers depart on a journey of artist’s reincarnation and channelling supernatural ability to translate imaginary onto the canvas through their own hands. However, this incredible skill is considered fraudulent craftsmanship and a punishable career path by law. What mistakes do art forgers make on their way to the masterpiece (aka a fake) which expose their activities to the eyes of authorities? At the same time, why are we so obsessed with originals condemning the masters of copy-making and what does it reveal about our relationship with art?

As an aspiring architecture student raised in Eastern Europe, drawing classes were inscribed into my teenagehood with the same strength as Taylor Swift’s “You belong to me”. I spent hours sketching, drawing and imitating others’ work to train my own gesture to a level of perfection observed in art pieces I would painstakingly copy during long Saturday nights. My first copy happened to be a “Girl with a pearl earring” by Johannes Vermeer from Delft. Destiny, you might say! Personally, never being able to reach the mastery required to set me on the fine art success path, I constrained this activity to solely educational and leisurely purposes. There are, however, those who committed their lives to the craft, and this is a short story about their place in the unforgiving world of art.

With 20 percent of the paintings in major art galleries worldwide being questioned on their authenticity[1] and 50 percent of pieces available on the market suspected to be fake[2], art historians and forensic scientists have developed tools for validating a work of art. Beginning with establishing the history of the painting’s ownership from its current custody back to the moment when the original artist’s brush stroked the canvas for the last time; through visual and x-ray analysis questioning the style and consistency of painters’ techniques; ending with forensic scrutiny in detecting chemical substances present in the piece. Despite this meticulousness, most respected galleries worldwide, such as MoMA in New York or British National Gallery in London, continue to unravel more and more fakes in their collections. Sometimes, however, mistakes are made by the forgers, shining a light on yet another art mystery.

Most recently, the art world has held its breath when announced by the media as the ‘forger of the century’ Wolfgang Beltracchi from Germany had been captured together with his wife as an accomplice. He had not only created identical copies of original works but had genuinely immersed himself into the life of a deceased expressionist painter from the first half of the 20th century - Heinrich Campendonk, and channelled his unique style onto 50 new pieces. The mistake that ended his career turned out to be a microscopic amount of titanium white - the paint that simply did not yet exist at the time the painting was dated for. Was it a moment of laziness, or maybe simple negligence in a moment or rush? Nevertheless, I would like to contemplate for a moment those minuscule mistakes committed by art forgers, which highlight an interesting relationship we have with art today. Seconds before the discovery of titanium white, millions of us, art laics, admired and nodded our heads in approval to the unspeakable beauty of the piece. Specialists declared their compliments and treated it with the utmost respect and care as any other multi-million original Campendonk. In the moment of discovery, the bubble of admiration burst and the value of the painting diminished to solely evidence in an act of crime. The mastery of precise strokes didn't impress anymore but rather provoked contempt for the forger himself and, now worthless, frameless object.

Of course, we can argue that the act of copying in itself doesn’t require the level of creative genius some of the artists possess to establish their own style, hence doesn’t deserve much awe. That isn’t, however, my main point. Instead, I would like to highlight not the status of the painting as forged or original but rather our obsession with the idea of originality which has drawn a fine line between crime and a careful act of restoration.

In fact, we barely ever look at historical artefacts in their original state as pieces stored at the museums and galleries, (especially) paintings require high-level restoration and, in their fragile state, are almost entirely re-painted using the exact same medium and techniques as the artist him- or herself. The tag remains ‘original’. Naturally, the procedure is justified by the act of pure historical preservation of the piece but doesn’t it also shine some light on our preference towards perfection, authenticity, and maybe a level of disgust and critique towards decay and imperfection?

Images from:
Left: graphic on Red picture with horses -  a forged piece by Wolfgang Beltracchi stylised for Heinrich Campendonk's work.
Right: graphic on An Old Man in an Armchair - the piece discovered in the National Gallery collection in London, UK, believed to be a forged imitation of Rembrandt’s work created by an unknown student. 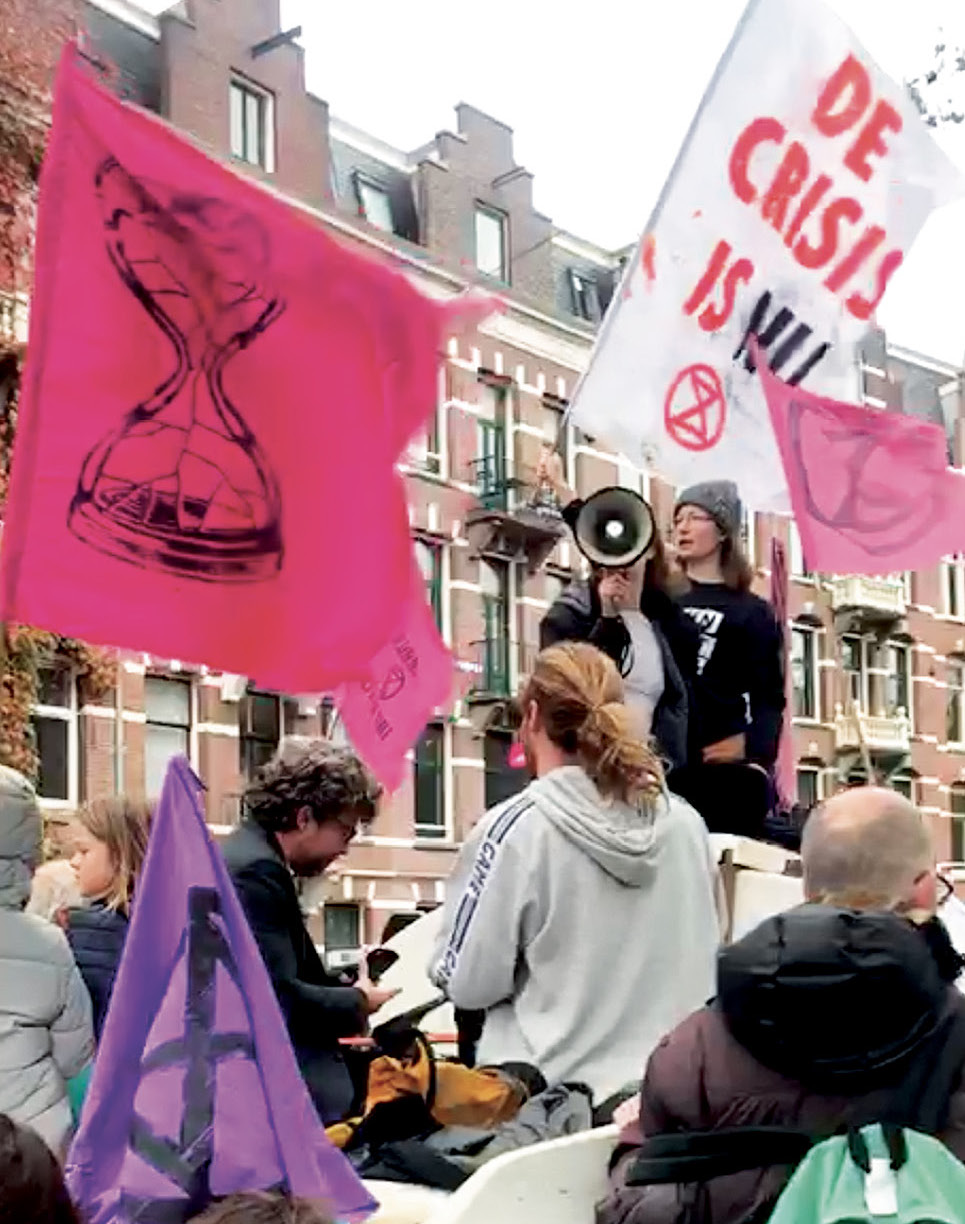 We all know about it. It’s in the news every day. We know we should change our behavior and we know we don’t have any time to lose. Yet we still don’t manage to give up on the simplest things. We don’t want to lose our privileges and for sure not relinquish our way of life. We all know that we live in abundance, that overconsumption is not good for our planet with limited resources. Our habits are draining the Earth of its energy. So the question remains how can we change? How can we let go? And will this help us to finally enter a phase where we are not exploitative to our home anymore?

Artefact: You Had One Job 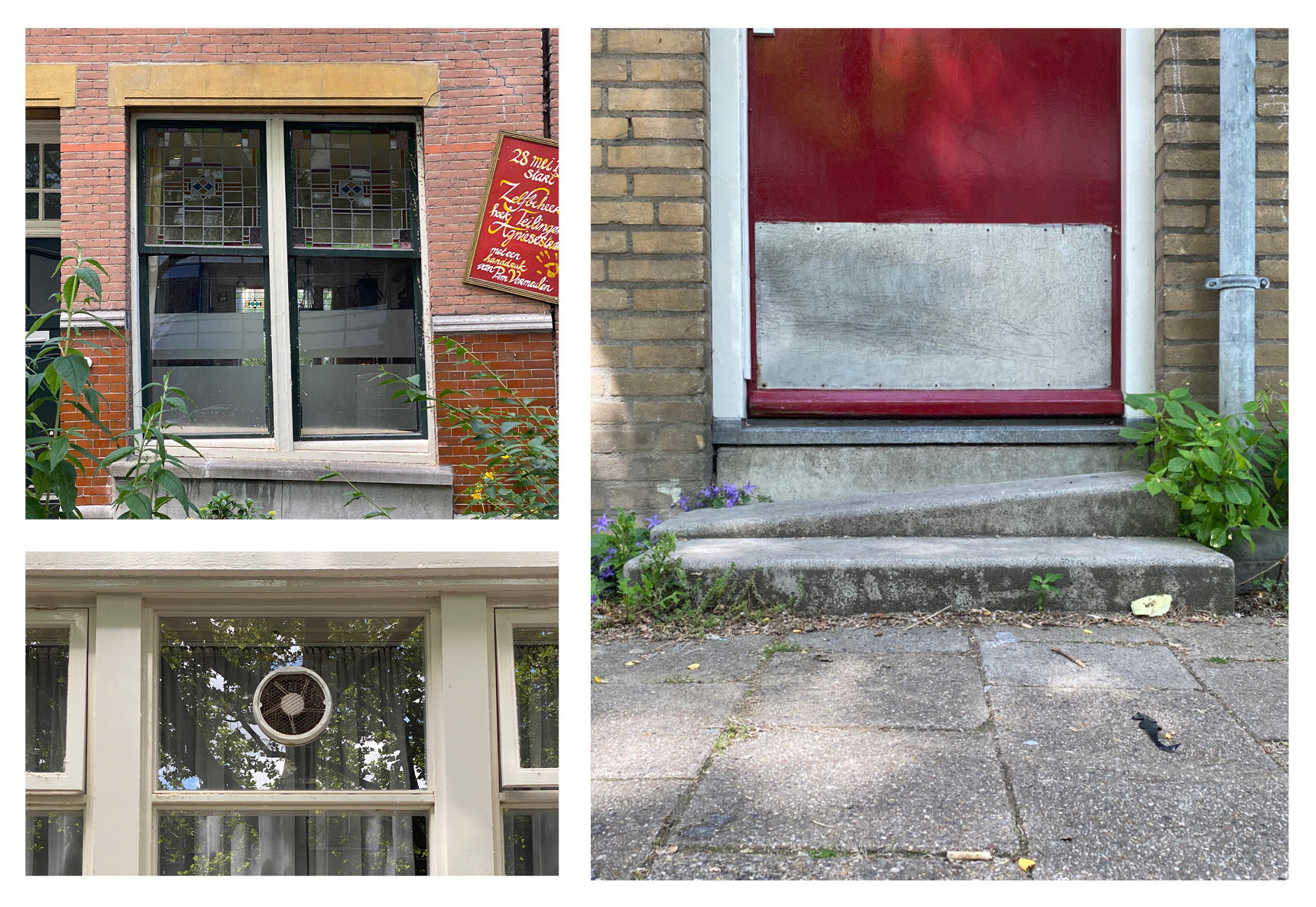 Hypothetically, if one of your design's would to be build, what would be the Thank-God-my-teacher-saved-me-from-making-this-mistake mistake? We all have made some bad choices in design and deeply regretted afterwards and blamed them on our lack of sleep or focus while putting it on paper/screen. Lucky for us, most of us are still students, so we're allowed to make mistakes with the twisted aim of actually tripping over them and in the end: improve. However, not everyone is getting these second chances, and before they know it their mistake has become a real life attribute in a rouring city, where it is admired by the everyday reproving eye of the analyst in the crowd, judging: ''you had one job''.

With the academic year coming to an end, the editorial team is inviting you to reflect on these past months to recognise and appreciate things that we might overlook on a day-to-day basis, as we are all waiting impatiently for the summer break!