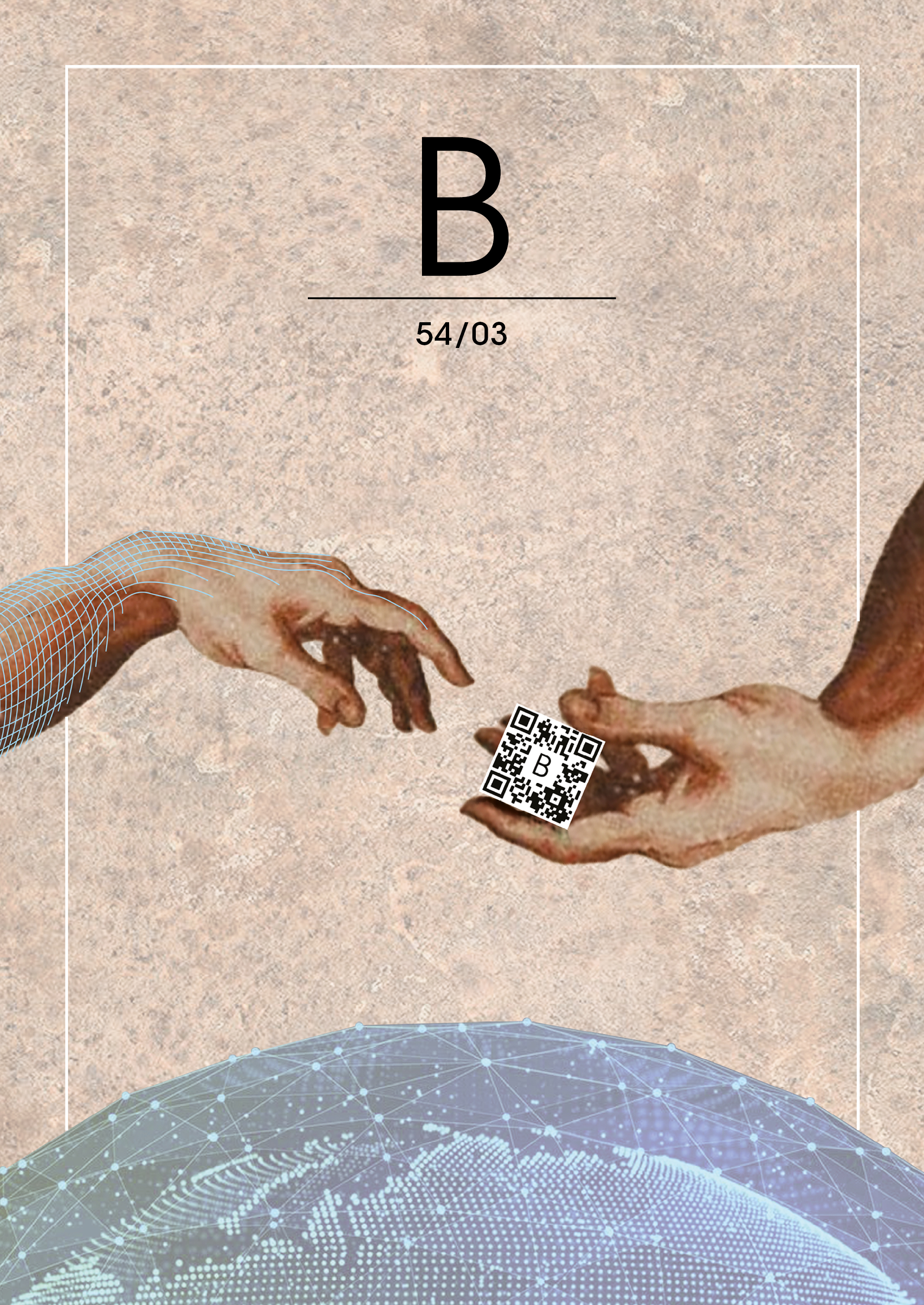 As architects and urbanists of this world, we focus on physical forms. However, the digital interwove itself into the fabric of our day to day existence in just a few decades time. If this trend continues, we might start talking about it as something independent and self-maintaining. A second, digital world. Are we, architects, going to be designers of this digital world?

Unsurprisingly, pandemic became the word of the year for 2020, along with quarantine, social distancing, flatten the curve and defund the police being the most searched phrases on the web. An imposed global house arrest, introduced to protect public health, meant that most people’s lives were happening in the digital space, from home. It is safe to say that the current prominent role of technology in our lives is a continuation of already existing trends. However, the past months emboldened the reality in which you can start a revolution from your chair or a comfy sofa at home. We follow Amina Chouairi, this year’s best graduate, who was making her attempt to improve the world from her student room in Delft, while in the article “A public digital space at home,” we explore the boundaries of privacy in the never-ending sequences of video calls.

Apart from this very pertinent, yet controversial connectivity given by the digital technologies, the understanding of the term digital space is vast and diverse. From a technical perspective, it refers to everything that is displayed in the screen or in the background of a digital device. "The history of the Human-Computer Interaction" goes back to the beginnings of understanding how a Man can control and interact with the Machine. All this while asking a question of what the future can hold, and how the digital environments can surround us without being noticed. However, we are already surrounded by emerging visions for the built environment, where the standing physical cities and imagined future urban landscapes exist parallel to each other. The article “On Renders” questions the culture surrounding realistic renders with ‘perfect environments,’ and the pressure that designers face to “sell” their designs, in spite of the representation’s misrepresentation of reality. On the other hand, Theo Deutinger in his interview, says that “to understand [spaceship Earth] we largely rely on artificial intelligence.” He argues that technology saves lives by gathering data on events such as earthquakes or global warming.

But how does digital technology and its new realities relate to architecture, and particularly architectural education? By asking a playful question “What if Vitruvius played Minecraft?”, Bruno de Andrade challenges the unchanged methods and theories in teachings of architectural history, which ignore the new cyber layer over the city and a shifting digital culture.

This question of the digital space has also become especially significant for us, as the editors of Bnieuws. That’s why with this issue, we’re thrilled to announce the upcoming launch of the Bnieuws website. With the QR code placed on the front cover you can catch a glimpse of what is to come.

We are excited to introduce you to this extended issue of Bnieuws – Digital Space.

I have known Xiaoyoue Shi for several months. His elaborate metaphors, accurate timing and confusing speech -conditions I want to believe we share- make him one of the most peculiar characters I have come to know during my BK days. Having the right person and lacking a decent idea for this article, I decided to work in a reverse order: instead of defining an interesting theme and then finding an interviewee, I decided to talk with an interesting man about anything and then elaborate on that. In this occasion, and for the sake of coherency, we discussed technology and the intricacies of digital space.

Living in safe mode: In conversation with Theo Deutinger

In early November, Theo Deutinger led The Berlage Design Master Class, entitled "Living in Safe Mode: A Quest for the Essential." The premise of the master class was to identify the basic needs of a single person—housing, food, clothing, transportation, health, and education—in order to define a self-induced "safe mode" for humans. An exhibition of the results, entitled “Safe New World,” is currently on display in the Department of Architecture. Prior to this intensive fortnight, we had the opportunity to speak with Theo Deutinger. Overlooking the Alps, covered with the first snow of the year, he reflected upon his most recent work including the acclaimed Handbook of Tyranny and more recent Ultimate Atlas: Logbook of Spaceship Earth.

As technology advances and our computers continue to get smarter and faster, the rendered world and the real world seem to be converging, slowly merging to become one and the same. It can be genuinely difficult to tell a rendered image from a photograph sometimes. And yet, I think there’s a growing disparity between the rendered world and the real world. Not in visual quality, but in contents.

About four months ago, I stopped checking my phone directly after waking up. Not that my sleep was bad, but I’ve started to dislike the behaviour. It still feels like a small victory every time I resist the temptation. On average, people spend one-seventh of their time on their phone. Combined with laptop and television use, this results in eight and a half hours of screen time a day on average in the Netherlands. For architecture and urbanism students, this is likely even longer.

A public digital space at home

How are private and public spaces organized and designed in the modern information society? Have you ever thought about this? Now, you might...Video communication is a tool that takes place in two separate rooms; this way of communication is used more and more. Everywhere, spaces that were once wholly private are now being becoming more public through this video communication development.

While it might now seem like a lifetime, it was not even two years ago when I sat down to write what would become my contribution to the first issue of the newly started students’ magazine INVOLVED. The article was set to investigate the potential benefits architecture can reap from the rapidly developing virtual reality technology in the near future. And while I am happy to look back at the article and see the scenarios I imagined becoming reality, it is humbling to see how severely I underestimated the speed of progress. My predictions, accurate as they might end up, did not account for two factors that changed the VR scene in 2020 – a global pandemic and the resurgence of two separate cult classics.