Empty window holes watching greedily as you pass by. Paint on the façade, once bright and smooth, now burnt-out, embroidered with countless cracks. We all know those, and we wonder what secrets they are keeping behind the dusty doorknobs — the abandoned. The legacy of the second part of the 20th century that brought countless factories, warehouses, once-bustling industrial areas into silent pieces of oblivion. And so they stay. Empty. 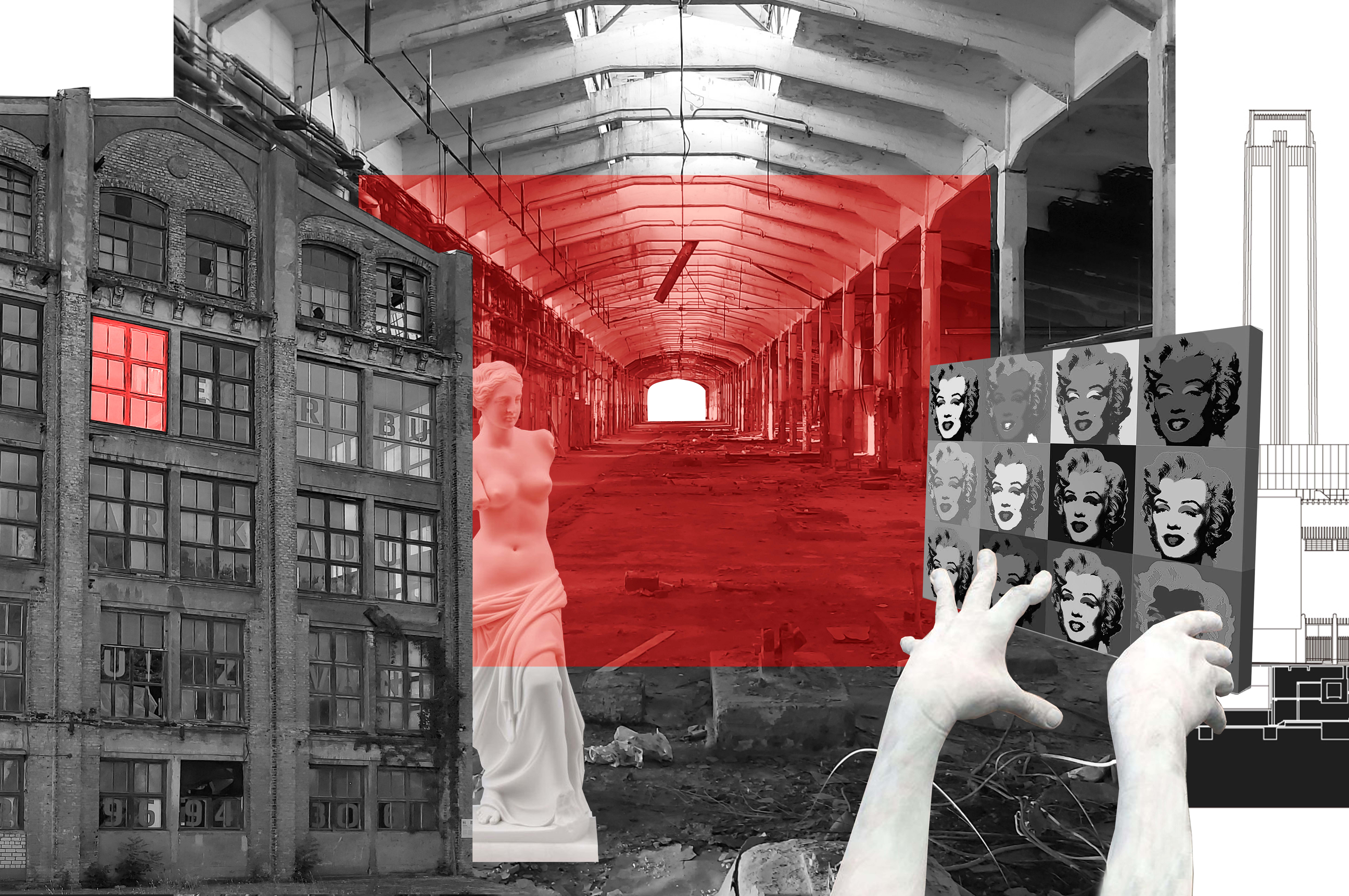 Once I grew up, I realised, how many of these abandoned are all around our city. Riga used to be an important centre of production of all kinds of wares that would be massively exported, with whole neighbourhoods built around clusters of factories. Now, after a rapid de-industrialisation that took place in the 90s, all of these places, which currently officially account 11911, are mostly underused and deteriorating. And there probably are more. Not only in my country.

There is always an intrigue in the forbidden, hidden and closed. There is always a mystery in the untouched, forgotten and old. Such places attract, hypnotise, impress. They raise curiosity. They expand the regular borders of the city, offering new viewpoints and letting us think of alternative perspectives. In 2013, a group of enthusiasts established the bottom-up initiative Free Rīga to shout out for a change and let a new breath into the abandoned buildings around the capital. Free Rīga collaborates with other international projects such as Refill and URBACT2 that aim to detect and acknowledge the potential of the vacant urban sites and encourage their redevelopment all around Europe. The main strategy for doing this is temporary uses of abandoned sites, which are often offered for a very low or even no price to the young entrepreneurs, creative start-ups, and artists. Thus, becoming a priceless chance for both youngsters to develop themselves and the abandoned sites to get redeveloped.

Recently, such temporary events were actively organised in the former industrial areas of Rīga, introducing unexpected way of using the old factories and port storage houses - as exhibition centres for contemporary art. The vast open spaces of the industrial structures perfectly accommodate various types of artworks – from tiny paintings to impressive sculptural elaborations. They even allow young artists use the space itself to create interactive experiential exhibits by manipulating the light in the halls, blinding windows, flooding parts of the rooms with water or covering the whole halls’ surfaces with crumpled paper. A pile of smouldering ashes or theatrically arranged interior from the 80s may be part of the exhibition as well. The artists are free to express their ideas through all dimensions of the space, thus immersing the exhibition’s visitor into the performance-based storytelling and turning the observer into the protagonist.

The historical context of the sites start a dialogue with the exposed artworks and allows visitors to jump back in time to reinforce the issues addressed by the exhibitions, such as the dissonance between generations and the changing post-socialist society. A factory, in the past symbolising a practicality and effectiveness that were of a huge importance in the public’s mentality, now is serving for an opposite purpose - culture. This combination of contextual and historical layers together with interactive approach open a new dimension for the art itself, bringing it closer to people and letting people experience art in a new, more personal way. The exhibitions hosted by the abandoned sites surprised me by how effectively space worked with the art, and how well the rough, dusty, brutal space of a factory or a warehouse could complement the storytelling.

The exhibitions in Rīga turned out to bring great success and gain a lot of attention, especially among youngsters. The excellence of abandoned sites as art museums lies in their visitor attracting character and the few investments they require. Young artists can use cheap exhibition spaces, while abandoned sites gain a new image and a chance for a revival.

1. Figures from the Rīga Department of Property, from: https://grausti.riga.lv/objekti

2. URBACT, Reuse of vacant spaces as a driving force for innovation at the local level, more info at: https://urbact.eu/refill