Thank you for smoking

A month ago, our beautiful building started becoming defaced with some slightly less beautiful TU Delft blue ‘no smoking signs’. Alas … they haven’t appeared to be as effective as whoever is responsible probably would have liked. The next move in this one-sided game of chess was to relocate the smoking pit at the East entrance, from under the sheltered entrance to out in the open between Bouwpub and the faculty building. 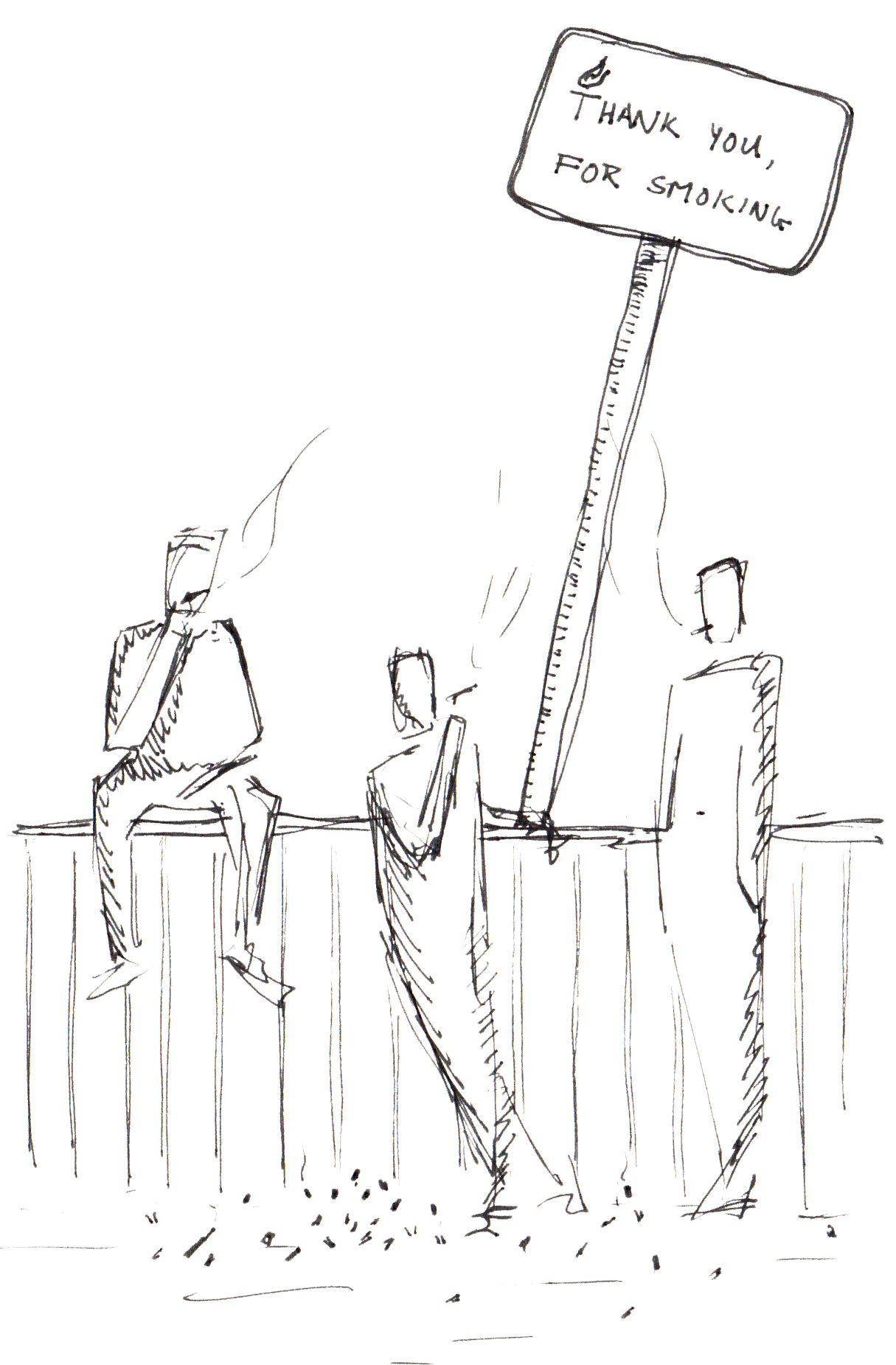 Thank you for smoking / Christopher Clarkson

I can hear them thinking ‘Surely! Surely now that we’ve put the disposal point out in the cold wind with all the rain, surely now the smokers will go and smoke out there in the cold rain and wind! Genius!’

Alas… Smokers are creatures of habit. Furthermore – I don’t know if you’ve ever tried to light a cigarette out in the wind and the rain but it’s actually really quite difficult, not to mention the fact that you’re cold, and wet, and now so is your cigarette – what a drag. So, the smokers remain at the entrance to smoke, and although a few environmentally conscious of them do walk down the stairs (after finishing their cig) into the rain to dispose of their cigarette butts, many do not. A kind of protest, a longing for what once was perhaps, the trace of ash and the act of defiance takes the form of small little piles of orange cylinders on the floor in memoriam of the pit that used to be there.

‘Hmmm… it seems that the smokers don’t get it. How strange. Maybe they didn’t see the first sign? Maybe they didn’t notice we moved the disposal pits…. I know! Let’s put up another sign! But this time, it’ll be the first thing you see after you come out of the building! Brilliant! No one will miss it, everyone will come out into the bracing winter air for their nicotine hit trying to escape some waste-your-time lecture, and they’ll say, ‘oh, oh damn! I can’t smoke here; I’ll have to go down the stairs!’’

Alas… two signs aren’t enough it would appear. Sounds like the beginning of a joke no? “How many no smoking signs does it take to make a smoker not smoke?” Apparently, the answer is at least more than two.

I must say, although these signs are largely terrible; ugly, and pretty much the sole cause for a bunch of litter at every entrance door, they do provide something pretty neat: an adrenaline rush for the smoker breaking the rules. That’s like taking two drugs at the same time. Awesome!

On a more serious note however, one could expect a more elegant solution to the problem from the 3rd best architecture faculty in the world. Much like the idea of a door handle with the word ‘push’ above it, no one ever really reads the word until they’ve already tried to pull it. The way to fix this problem is to remove the handle, removing even the possibility of pulling the door. In the case of the smokers, why not create a small pavilion or some sort of sheltered space between the bouwpub and faculty, as well as at the main entrance courtyard? People don’t smoke there because they want to make life miserable for the non-smokers entering the building, or because they’re inherently anti-establishment people, but because it’s convenient and comfortable! So give them something convenient and comfortable somewhere else and they’ll probably go and smoke there instead. This could even be a design contest between the students. Why not? It will be much more interesting and accomplish much more good than putting a third ugly blue sign at the entrances to faculty. 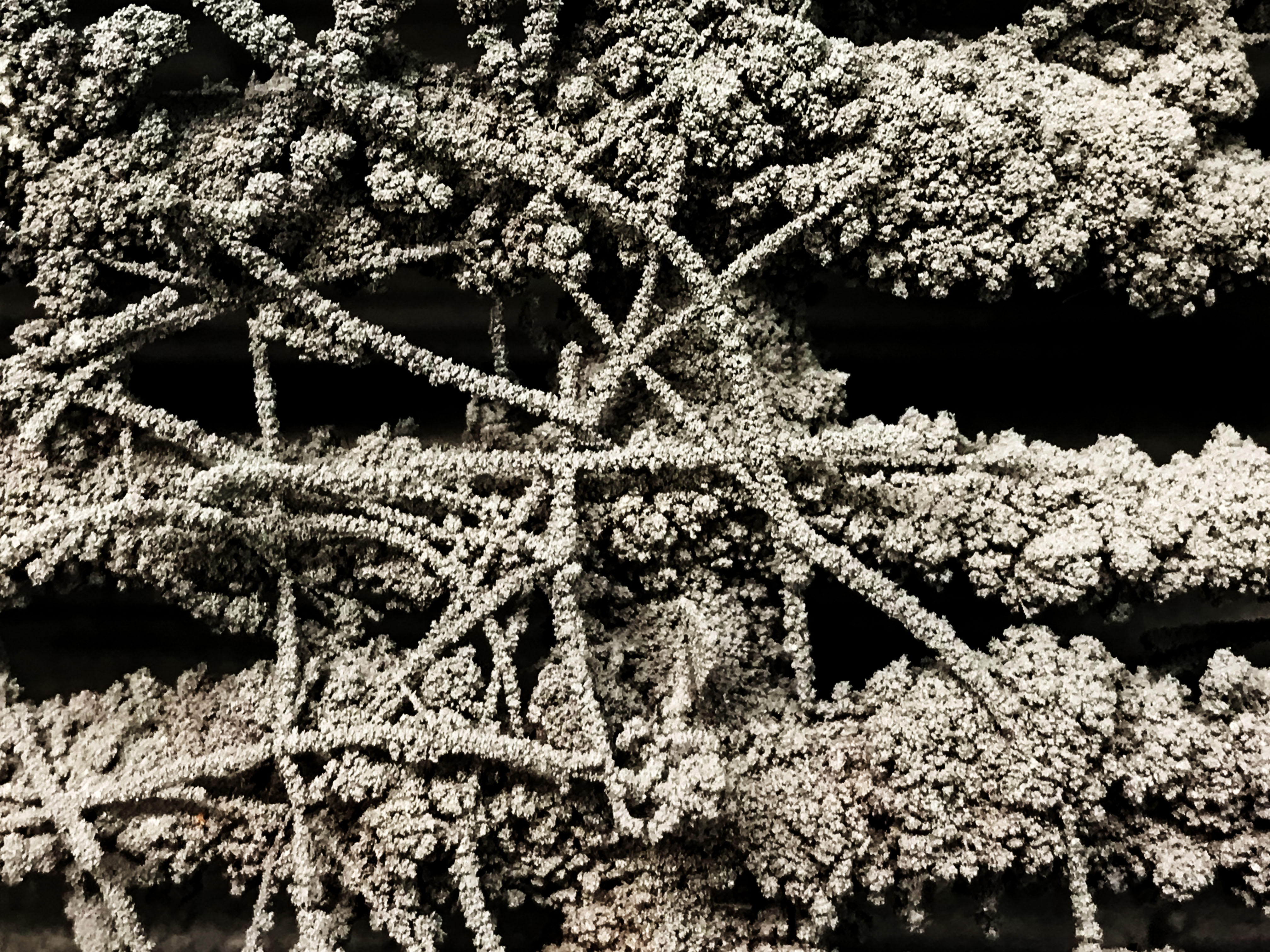 During the Christmas Holidays, I was trying my best to avoidwatching dull family movies on the couch. The ones I dislike most are adventure movies with heroic protagonists,like in Indiana Jones and The Mummy. What triggers me most in these movies isthe representation of the archaeologist as a handsome, tomb-discovering acrobat.In these movies, the archaeologist is combatting and unveiling the traces ofthe past, reading landscape, object and architecture like a true detective. Asdesigners of the built environment, our interest similarly lies in the readingof traces, albeit, gratefully not receiving the status of a pop-culture hero indoing so. 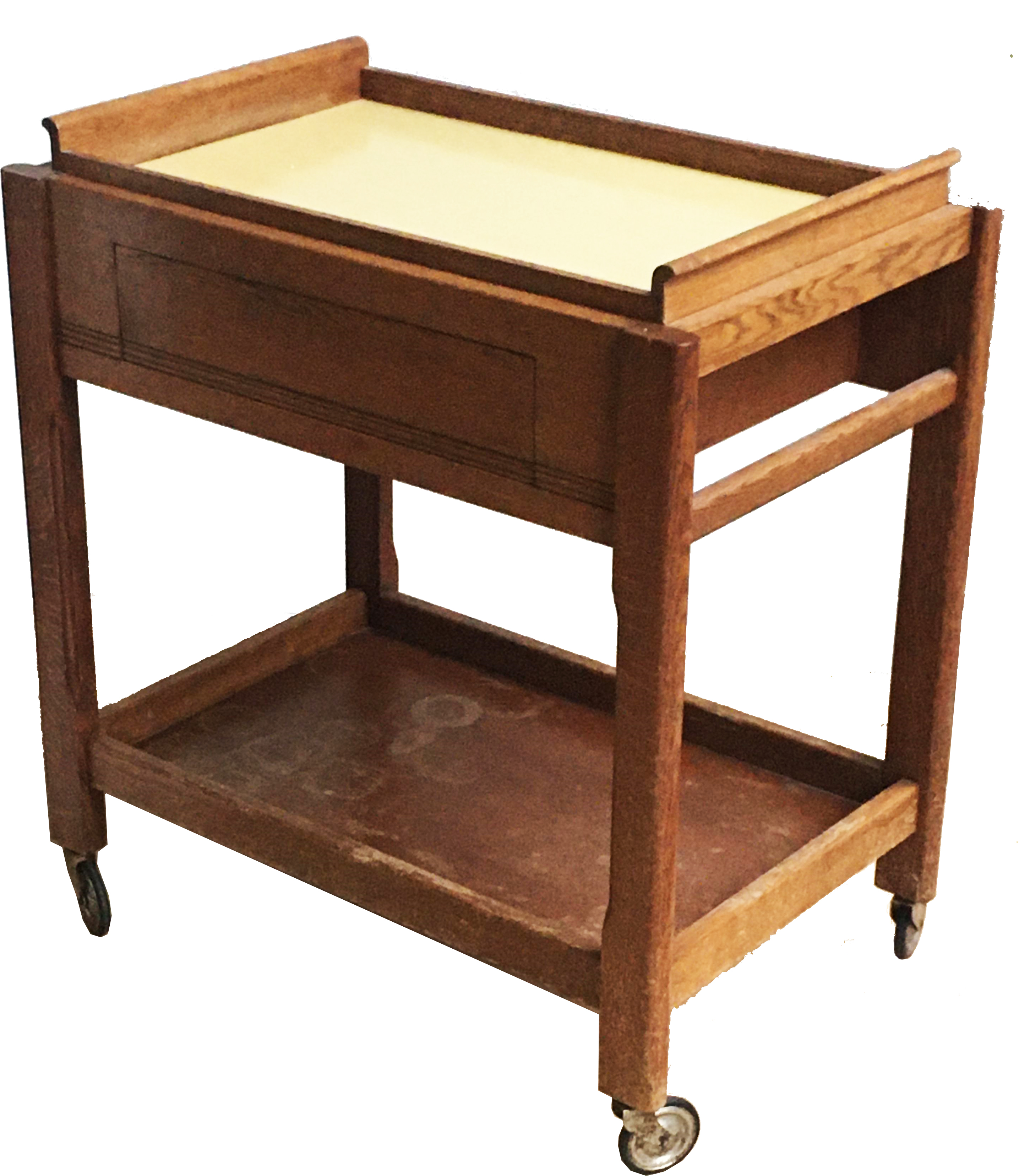